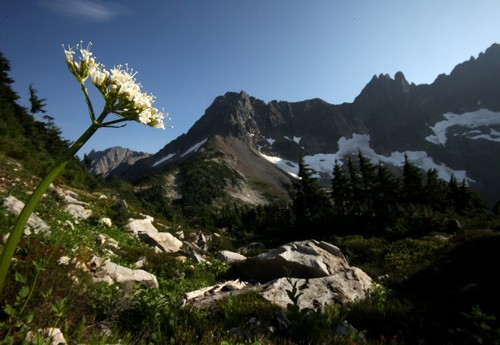 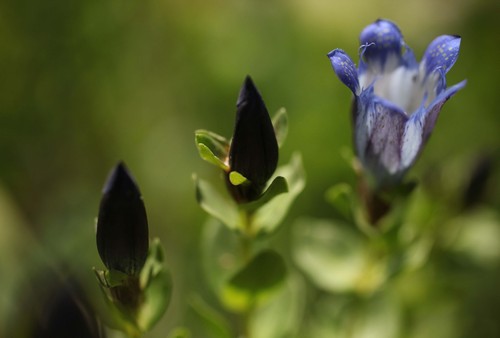 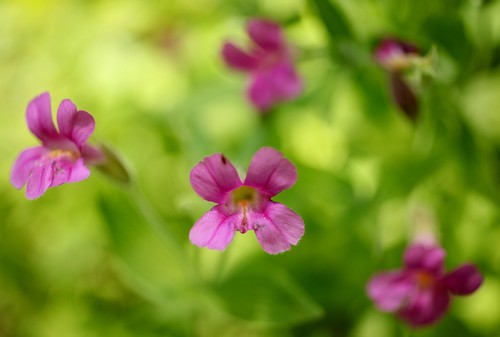 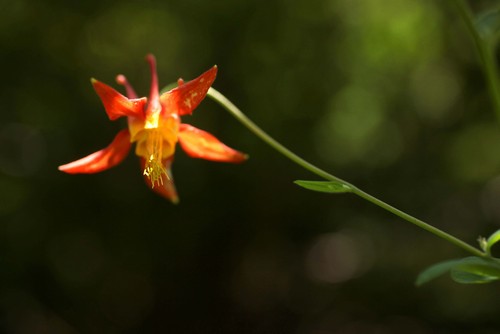 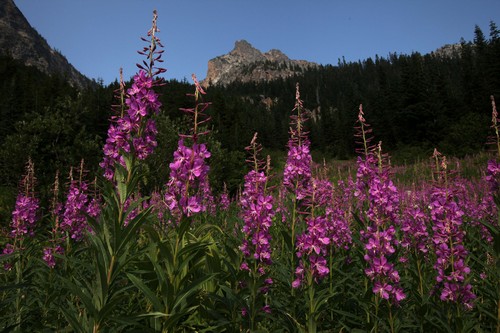 Some pleasures have to be earned. So it is with a signature delight of a Northwest summer: high-country wildflowers.
At higher elevations, the tree canopy opens, rocky talus slopes crowd the trail and a delicate and subtle beauty unfolds.
It starts with drifts of lupine and fireweed, their vibrant blues and purples drawing bumblebees and other pollinating bugs to savor their sweet nectar.
Go even higher, where snowmelt rushes down the treeless mountain faces, and there they are: wildflowers with a delicate beauty that defies their rugged environment.
It's been an odd season, with a late spring followed by roasting heat spells, making for a compressed wildflower display this year. Some meadows are already crisp, so don't delay your visit. But there will be flowers to enjoy for about another three weeks, especially on higher, north-facing slopes.
Princesses resplendent in their reign above it all, each flower has a niche where it thrives, perfectly adapted to its place.
Mignonne Bivin, botanist for North Cascades National Park, has learned to read the stories native plants tell.
"If you get to know the plants and where they live, you can tell the story of the landscape," Bivin says. "Plants are the basis of everything."
Pink monkey flowers tell where the water is, nodding in the cascading drops of mountain streams flicked off rocks.
The purple blossoms of butterwort tell of nitrogen-poor soil, which the plant makes up for by producing greasy, slimy leaves that trap gnats on their surfaces. Insectivorous, the plant rolls its leaf edges to trap the bugs while it dissolves the soft tissues of their bodies to supplement its diet.
Jim Pojar's "Plants of the Pacific Northwest Coast," that bible of native plants, avows butterwort defends cows from elf arrows, and humans from witches and fairies, but who's to say?
The dancing red blooms of columbine and rarefied, polished light up here at the top of the pass are medicine enough in the mountain high achieved at 5,392 feet.
Here, some meadows have only recently emerged from snow, and the brief feast of sun and snowmelt nurtures one of the deepest blues in horticulture: mountain bog gentian, with its single, urn-shaped blossoms beckoning bumblebees deep within.
It's an addictive sort of beauty.
"These flowers have adapted over thousands of years, and they have persevered," said Rob Cavanaugh, of Olympia. He embarks on outdoor painting expeditions every summer to capture the beauty of native wildflowers.
"We are just temporary in these harsh environments," Cavanaugh said. "But the flowers are forever."
Try these places, from strenuous hikes to easy drives.
Strenuous: The Easy Pass trail in North Cascades National Park. Don't let the name fool you; this is for vigorous people who want killer views and deep quiet. Trail is 3.5 miles one way, relentlessly up - 2,800 feet of elevation gain to the pass at 6,524 feet. You can make it a day hike if you leave early, keep moving and are willing to drive home in the dark.
Moderate: Cascade Pass Trail in North Cascades National Park. Generous switchbacks make it feel like you aren't even climbing the 1,700 feet of elevation gain to the pass at 5,392 feet. Allow a full day, including the drive from Seattle.
Easy: Mount Rainier National Park has an abundance of wildflowers and plenty of routes with varying degrees of accessibility. A trail network, including some paved paths, is easily reached from the Jackson Visitor Center at Paradise.