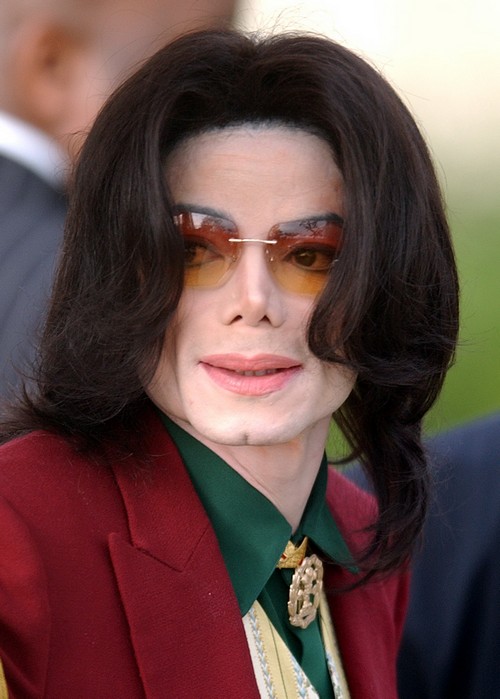 "Lethal levels" of the powerful anesthetic propofol killed Michael Jackson, according to court documents unsealed Monday and quoted by U.S. media which put the pop star's personal physician under mounting police scrutiny.
The documents unsealed in Houston and tied to the investigation into the June 25 death of the pop star cites the Los Angeles County coroner's office as concluding after an autopsy that a fatal cocktail of drugs including propofol was administered to Jackson hours before he died.
"The Los Angeles Chief Medical Examiner-Coroner, Dr. (Lakshmanan) Sathyavagiswaran, indicated that he had reviewed the preliminary toxicology results and his preliminary assessment of Jackson's cause of death was due to lethal levels of propofol," according to a facsimile of a Los Angeles search warrant and affidavit posted on investigative website TheSmokingGun.com and cited by U.S. news networks.
The affidavit also said the singer's personal physician, cardiologist Conrad Murray, was giving propofol and other drugs to Jackson - at the star's insistence - to treat his insomnia, but that he was worried Jackson had developed an addiction and so he "tried to wean Jackson off of the drug."
The documents shed light on one of the last remaining questions about Jackson's sudden death at age 50, but they also increase the possibility that the death is ruled a homicide and that criminal charges are brought against Murray, who was with Jackson on the morning of his death. Murray has been the target of a manslaughter investigation for weeks, but on Monday the coroner's office would not confirm or deny that the death was ruled a homicide.
"We have not released the findings and the case is still under a security hold," said Ed Winter of the Los Angeles County coroner's office.
Regarding news reports Monday that the coroner had declared Jackson's death a homicide, Winter said: "We have not said that."
The Jackson family issued a brief statement Monday, saying it has "full confidence in the legal process, and commends the ongoing efforts of the LA County Coroner, the LA District Attorney and the LA Police Department."
"The family looks forward to the day that justice can be served."
The affidavit reveals that Murray confessed to investigators two days after the death that he had been giving Jackson 50 milligrams of propofol - also known by the trade name Diprivan - nightly for the six weeks prior to his death.
According to the affidavit, he said that on June 22 he halved Jackson's propofol dose to wean him off the drug and also gave two other sedatives, lorazepam and midazolam.
The following night he administered the latter two drugs but withheld propofol, and the star was able to sleep, but throughout the next night Jackson was unable to sleep despite doses of lorazepam, midazolam and Valium, according to the document.
"Jackson remained awake and at approximately 1040 hours, Murray finally administered 25 milligrams of propofol, diluted with lidocaine via IV drip to keep Jackson sedated, after repeated demands/requests from Jackson," according to the affidavit. It stated Murray was monitoring Jackson closely, but then stepped away from his bedside to use the bathroom and when he returned two minutes later Jackson had stopped breathing.
His attempts to revive him were unsuccessful and Jackson was declared dead at about 2:00 p.m. local time.
As part of their investigation police and federal agents raided Murray's offices in Las Vegas, Nevada and Houston, Texas as well as a Las Vegas pharmacy that provided the medicine.
According to the affidavit, Murray told investigators he was not the first doctor to administer propofol to the "Thriller" singer.
"Murray stated that Jackson was very familiar with the drug and referred to it as his 'milk,'" LAPD detective Orlando Martinez wrote in the affidavit.
Medical experts said Monday that the drug cocktail apparently given to Jackson was extremely dangerous and that police will need to determine whether administering it was tantamount to medical negligence.