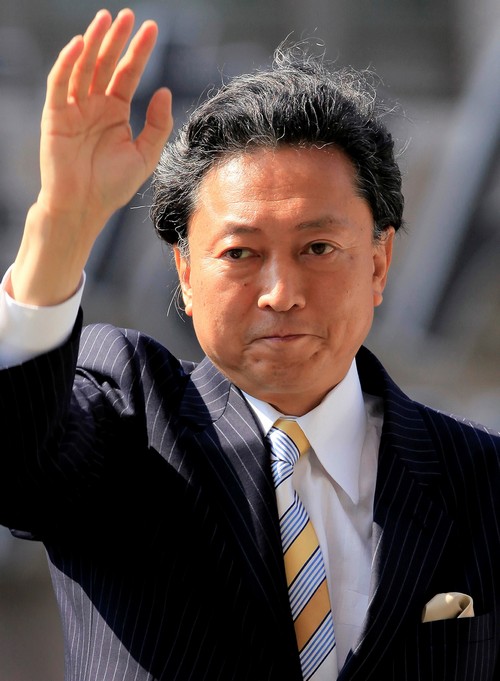 The man widely tipped to be Japan's next prime minister, Yukio Hatoyama, is the scion of one of the country's most influential and wealthy political dynasties, sometimes likened to the Kennedys. He is the grandson of a former premier, the son of a one-time foreign minister and the brother of a recently resigned cabinet minister.
Soft-spoken Hatoyama, 62, was elected three months ago as president of the party he co-founded over a decade ago, the Democratic Party of Japan (DPJ), to go head-to-head against Prime Minister Taro Aso, also a political blue blood. Despite his roots in the moneyed power elite, Hatoyama, Japan's wealthiest parliamentarian, has pledged to fight for the common man, often speaking of his vision of "a fraternal society."
Hatoyama, an engineer by training, has pledged to strengthen Japan's social safety net, cut government waste, clean up campaign financing and end the strong influence of state bureaucrats.
The DPJ chief has also argued that Japan should have a less subservient relationship with its long-time ally the United States. Hatoyama is a fourth-generation parliamentarian and one-time LDP member. His brother Kunio Hatoyama served as internal affairs minister in Aso's cabinet but resigned after falling-out with the premier in June.
Hatoyama graduated from the University of Tokyo, received a doctorate in engineering from California's Stanford University, and was an assistant professor in the School of Economics at Tokyo's Senshu University.
In 1986, he won a lower house seat in Hokkaido as a ruling LDP member and has since been re-elected six times.
He left the ruling party in 1993 and co-founded the DPJ in 1996, going on to lead it for the first time from 1999 to 2002.
During his first stint as DPJ leader, Hatoyama allowed his party to poke fun at him when they nicknamed him the "alien" in a jab at his facial appearance and sold figurines portraying him as a bug-eyed extra-terrestrial.
Hatoyama until three months ago served as the party's secretary general and loyal lieutenant to his predecessor Ichiro Ozawa, defending him through a political donations scandal that finally cost Ozawa his job. Under Hatoyama, the DPJ submitted a bill to parliament seeking to ban all political donations by companies and most groups within three years. Ironically, Hatoyama himself came under fire in late June for the accounting irregularities of his fund-raising body.
Hatoyama is married to a former actress, Miyuki, also famous for her cookbooks, and has one son, who teaches engineering at a university in Moscow.