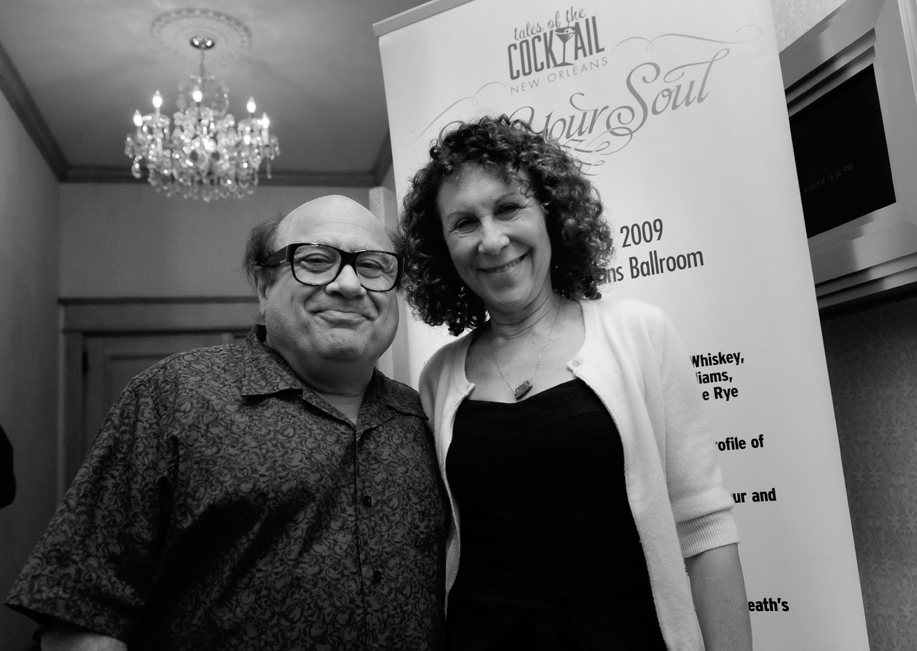 Actor Danny DeVito served up his own premium "Limoncello" liqueur flavored with zesty Italian lemons and gave a cry of "Salut!" to a drink-sipping crowd at Tales of the Cocktail, a New Orleans cocktail and culinary festival.
Wife and actress Rhea Perlman accompanied DeVito as he shared stories Friday about his New Jersey upbringing and spoke of his passion for Sorrento, Italy, where his liqueur is produced. The occasion: a "Drink Italy" event at the Hotel Monteleone in the French Quarter.
"It's a magnificent place," DeVito said as dozens of cocktail fans sat at tables sipping Limoncello while video footage of Italy flashed on a jumbo screen.
DeVito said his premium brand is crafted from Italian-grown organic lemons, sugar, water and alcohol. He said it goes well with tequila or in a martini with vodka - or even chilled alone.
Earlier Friday, DeVito joined New Orleans chef John Besh for a cooking and cocktail-making demonstration called "Chef and the Fat Man."
Tales of the Cocktail is a five-day festival of dinners, tastings, competitions, book signings and parties that celebrate food and spirits. The event brings together bartenders, chefs and authors to celebrate the history and artistry of making drinks.
It also attracts regular folks.
"Believe it or not, it's educational. They make so many things, and every year, they always come up with something new," said John Mazoch of Baton Rouge, Louisiana, now attending for the fifth year in a row.
Mazoch said he attended a dinner where four kinds of bourbon were paired with foods such as oysters wrapped in bacon and duck speared with sugarcane.
"Where else are you going to get something like that?" he added.
The festival ran through yesterday and included tours of such famous New Orleans bars as candlelit Jean Lafitte's Blacksmith Shop on Bourbon Street. Yesterday, there was an absinthe soiree and the program also includes a Seven Deadly Sins theme party and a Great Whiskey debate.