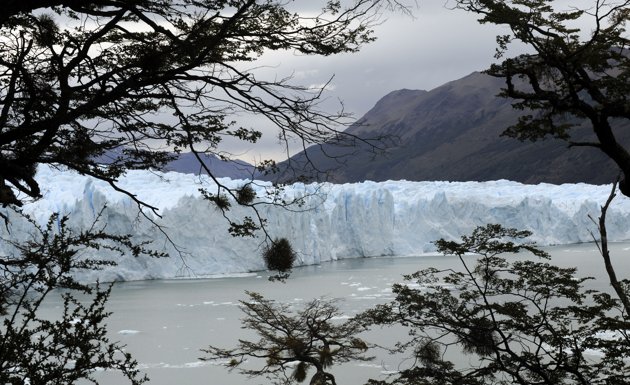 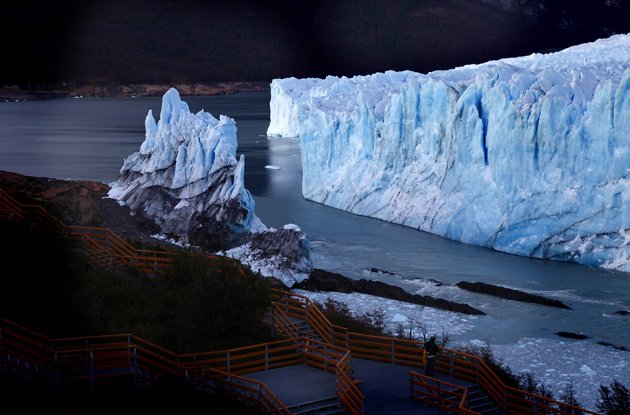 An ice dam at Argentina's Perito Moreno glacier collapsed early Sunday, creating an impressive spectacle not seen since July 2008, although few tourists were actually awake to experience the moment.

Several tons of ice fell off the 60-meter (200 foot) ice dam into Lago Argentina at the national park in southern Santa Cruz province.

Some 5,000 tourists had been in the park Saturday awaiting the ice show, park rangers said, but the slight movement of ice which began Wednesday turned into an avalanche at around 4:00 am (0700 GMT), leaving visitors disappointed.

Only a group of rangers witnessed the collapse, which created a crash heard several kilometers away, accelerated by heavy rainfall overnight.

"The noise was very great, it was coming down in buckets," said park ranger Carlos Corvalan.
Perito Moreno, one of the biggest tourist attractions in Argentina, is one of the largest glaciers on the Patagonian ice cap.

The glacier has a travel speed of 1.7 meters (5.5 feet) per day in its central part and periodically creates an ice dam which collapses from the pressure of the advancing glacier.
The glacier was named after one of the first explorers in Argentine Patagonia.