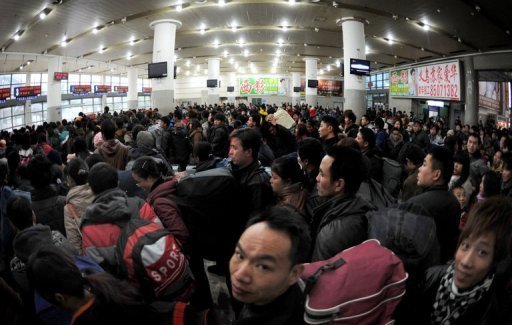 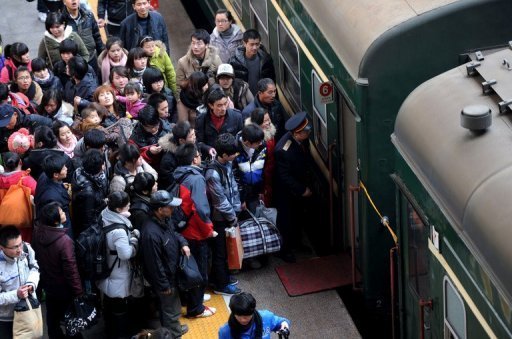 The world’s largest annual human migration began in China on Sunday with hundreds of millions of people working or studying outside their hometowns journeying across the country to reunite with families in Lunar New Year.

The government estimates the number of passenger trips will reach 3.2 billion during the holiday, also known as the Spring Festival, according to state media Xinhua.

At a train station in Beijing, hundreds of travelers wheeling suitcases and carrying baggage queued at ticket booths.

University students surnamed Liu and Bao were changing trains in the capital as they travelled from the southwestern province of Guizhou to Inner Mongolia in the north ― a journey of more than 40 hours.

Demand for tickets is extremely high weeks before the New Year. A new online train ticket system has been overwhelmed by millions of travelers.