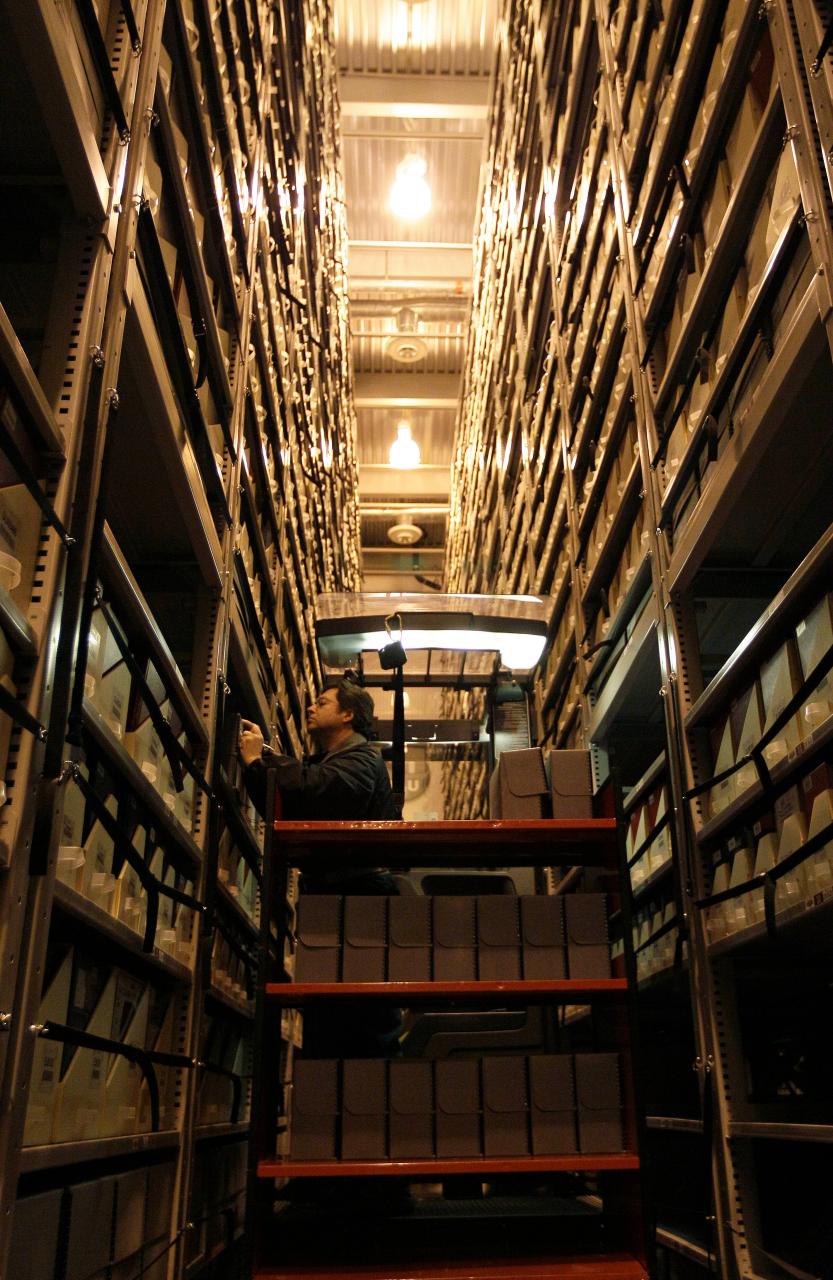 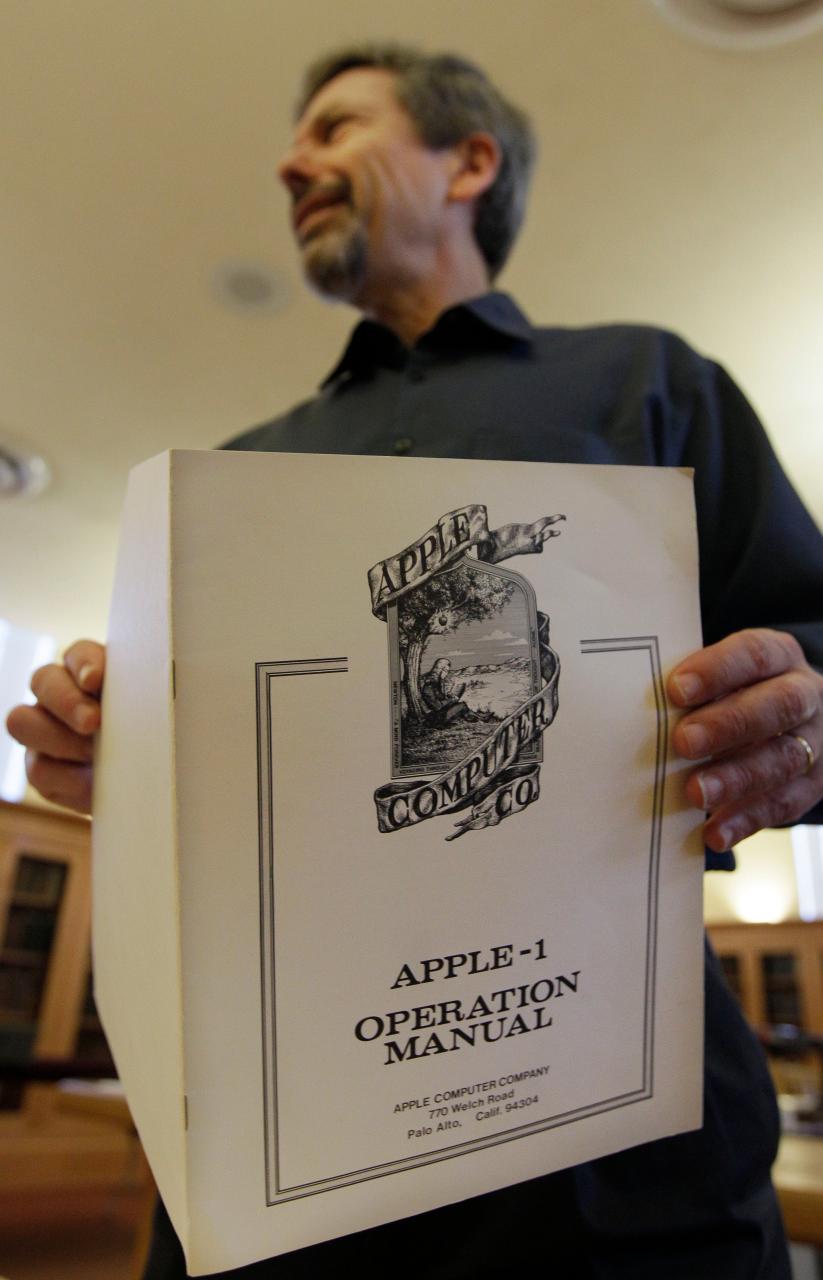 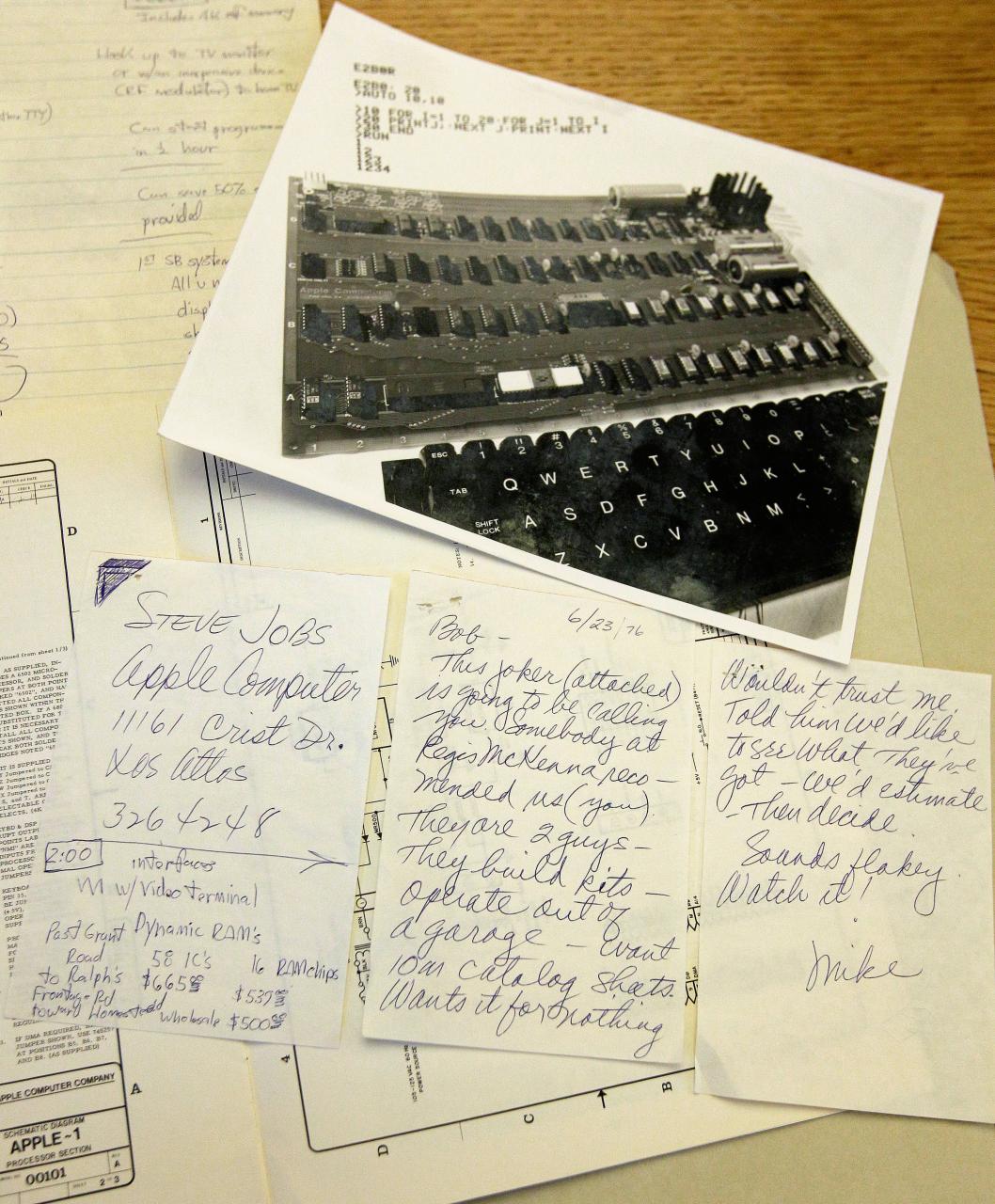 Within a few days, Stanford curators were at Apple headquarters in nearby Cupertino, packing two moving trucks full of documents, books, software, videotapes and marketing materials that now make up the core of Stanford's Apple Collection.

In the interview, Steve Wozniak and the late Steve Jobs recall a seminal moment in Silicon Valley history — how they named their upstart computer company some 35 years ago.

"I remember driving down Highway 85," Wozniak says. "We're on the freeway, and Steve mentions, 'I've got a name: Apple Computer.' We kept thinking of other alternatives to that name, and we couldn't think of anything better."
Adds Jobs: "And also remember that I worked at Atari, and it got us ahead of Atari in the phonebook."

The interview, recorded for an in-house video for company employees in the mid-1980s, was among a storehouse of materials Apple had been collecting for a company museum. But in 1997, soon after Jobs returned to the company, Apple officials contacted Stanford University and offered to donate the collection to the school's Silicon Valley Archives.

The collection, the largest assembly of Apple historical materials, can help historians, entrepreneurs and policymakers understand how a startup launched in a Silicon Valley garage became a global technology giant.

"Through this one collection you can trace out the evolution of the personal computer," said Stanford historian Leslie Berlin. "These sorts of documents are as close as you get to the unmediated story of what really happened."

The collection is stored in hundreds of boxes taking up more than 600 feet of shelf space at the Stanford's off-campus storage facility. The Associated Press visited the climate-controlled warehouse on the outskirts of the San Francisco Bay area, but agreed not to disclose its location.

Interest in Apple and its founder has grown dramatically since Jobs died in October at age 56, just weeks after he stepped down as CEO and handed the reins to Tim Cook. Jobs' death sparked an international outpouring and marked the end of an era for Apple and Silicon Valley.

"Apple as a company is in a very, very select group," said Stanford curator Henry Lowood. "It survived through multiple generations of technology. To the credit of Steve Jobs, it meant reinventing the company at several points."

Apple scrapped its own plans for a corporate museum after Jobs returned as CEO and began restructuring the financially struggling firm, Lowood said.

Job's return, more than a decade after he was forced out of the company he co-founded, marked the beginning of one of the great comebacks in business history. It led to a long string of blockbuster products — including the iPod, iPhone and iPad — that have made Apple one of the world's most profitable brands.

After Stanford received the Apple donation, former company executives, early employees, business partners and Mac enthusiasts have come forward and added their own items to the archives.

In one company video, Wozniak talks about how he had always wanted his own computer, but couldn't get his hands on one at a time when few computers were found outside corporations or government agencies.

"All of a sudden I realized, 'Hey microprocessors all of a sudden are affordable. I can actually build my own,'" Wozniak says. "And Steve went a little further. He saw it as a product you could actually deliver, sell and someone else could use."

The pair also talk about the company's first product, the Apple I computer, which went on sale in July 1976 for $666.66.

"Remember an Apple I was not particularly useable for too much, but it was so incredible to have your own computer," Jobs says. "It was kind of an embarkation point from the way computers had been going in these big steel boxes with switches and lights."

Among the other items in the Apple Collection:
— Thousands of photos by photographer Douglas Menuez, who documented Jobs' years at NeXT Computer, which he founded in 1985 after he was pushed out of Apple.

— A company video spoofing the 1984 movie "Ghost Busters," with Jobs and other executives playing "Blue Busters," a reference to rival IBM.
— Handwritten financial records showing early sales of Apple II, one of the first mass-market computers.
— An April 1976 agreement for a $5,000 loan to Apple Computer and its three co-founders: Jobs, Wozniak and Ronald Wayne, who pulled out of the company less than two weeks after its founding.
— A 1976 letter written by a printer who had just met Jobs and Wozniak and warns his colleagues about the young entrepreneurs: "This joker (Jobs) is going to be calling you ... They are two guys, they build kits, operate out of a garage."

The archive shows the Apple founders were far ahead of their time, Lowood said.

"What they were doing was spectacularly new," he said. "The idea of building computers out of your garage and marketing them and thereby creating a successful business — it just didn't compute for a lot of people."