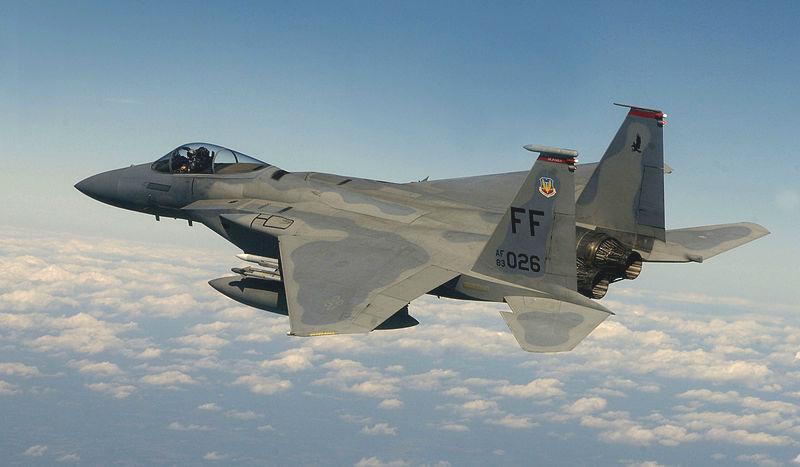 The Obama administration has signed an agreement with Saudi Arabia that Congress approved in 2010 to sell Boeing Co. F-15 fighters to the Gulf ally.

“Valued at $29.4 billion, this agreement includes production of 84 new aircraft and the modernization of 70 existing aircraft as well as munitions, spare parts, training, maintenance and logistics,” the White House’s principal deputy press secretary, Josh Earnest, said in a statement. The jets “are among the most sophisticated and capable aircraft in the world,” he said.

The sale “will send a strong message to countries in the region that the United States is committed to security in the Gulf,” said Andrew Shapiro, assistant secretary of state for political-military affairs, at a State Department briefing announcing the deal’s completion.

The announcement came after Iran threatened to block the Strait of Hormuz, a major shipping channel for Persian Gulf oil.

The first of the new warplanes will be delivered to Saudi Arabia in early 2015.

Building the Boeing planes will also support 50,000 US jobs for at least a decade and aid 600 suppliers in 44 states, Shapiro said.

Separately, the administration also is increasing arms sales to another Gulf ally, the United Arab Emirates. The US this week reached an agreement with the Emirates to sell them Lockheed Martin Corp.’s Thaad missile interceptors for an initial contract of $1.96 billion in a deal potentially valued at $3.49 billion.

Congress this month also approved a $304 million sale to the Emirates of 4,900 guided-bomb kits, including 600 for bunker-buster munitions.