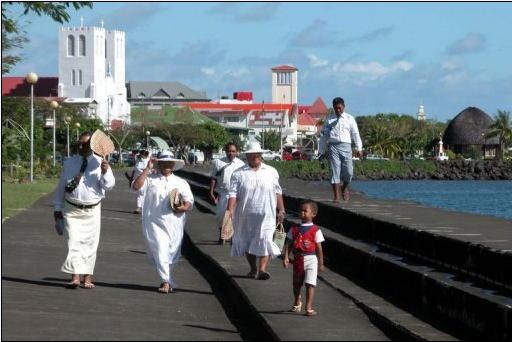 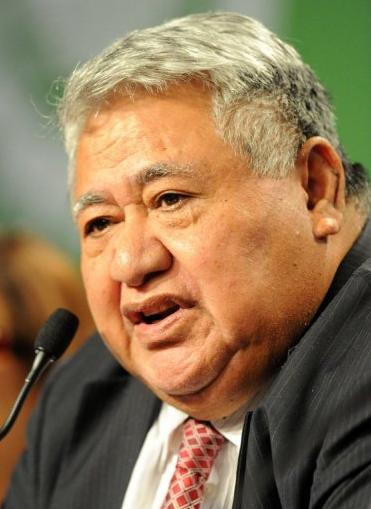 The Pacific island nation of Samoa is poised to leap into the future this week, axing Friday December 30 as it switches timezones to be closer to its major trading partners in Australasia.

The plan to jump across the international dateline will take Samoa from being one of the last places to see the sun each day to being among the first.

The dateline -- which runs through the middle of the Pacific -- currently runs to the west of the island nation, meaning that it is 11 hours behind GMT and is one of the last places on Earth to see out the day.

Carols, prayers and a speech from Prime Minister Tuilaepa Sailele Malielegaoi in the last hour of Thursday December 29 will lead Samoa up to midnight and then straight into Saturday December 31.

"In doing business with New Zealand and Australia, we're losing out on two working days a week," the premier said, explaining the change.

"While it's Friday here, it's Saturday in New Zealand and when we're at church Sunday, they're already conducting business in Sydney and Brisbane."

The switch reverses a decision made 120 years ago to move to the east of the international dateline because most of Samoa's trade at the time was with the United States and Europe.

Guests staying in Samoa's hotels this week will not be expected to pay for a day that does not exist, but employers must still pay staff for the Friday that never was.

Communications Minister Tuisugaletaua Sofara Aveau, who has released special "dateline stamps" to mark the occasion, said Samoans will go to bed on the 29th and "wake up to December 31 and will miss out on the 30th day of this month".

Currently, Samoa is 21 hours behind eastern Australia and 23 hours behind New Zealand. After the change, it will be one hour ahead of Wellington and three ahead of Sydney.

This is not the first significant change Tuilaepa has introduced to Samoa after switching driving from the right side of the road to the left in 2009 to bring the country in line with Australia and New Zealand.

His next target is changing Samoa's flag, a relic of the colonial era, but he has not yet disclosed what will be on the new flag.