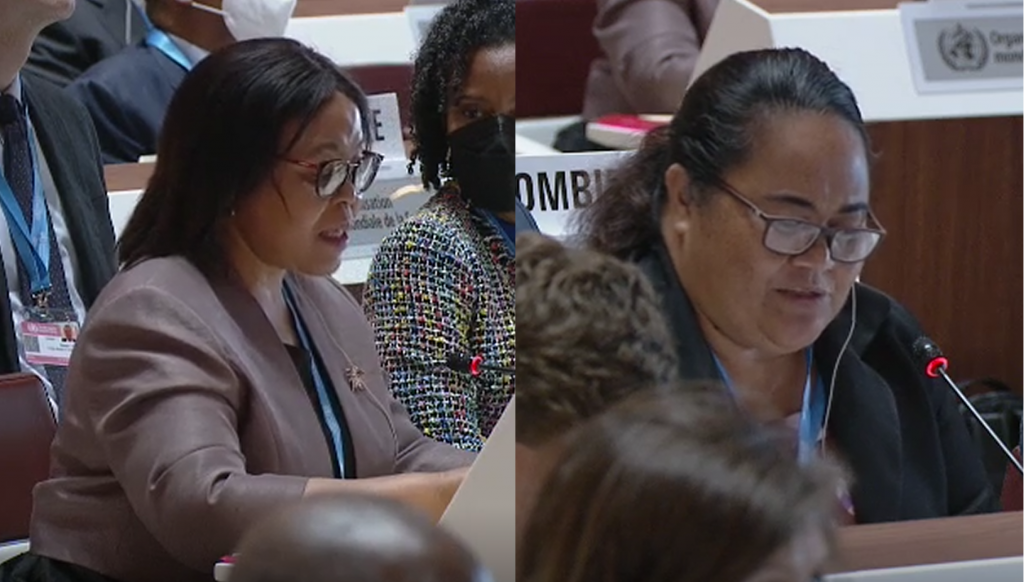 TAIPEI (Taiwan News) – Eswatini and Tuvalu outlined Taiwan’s contribution to global health in a rebuttal against China and Pakistan during a World Health Assembly (WHA) debate on Monday (May 23).

The debate, which was held as the General Committee examined a proposal for a supplementary item entitled “Inviting Taiwan to participate in the World Health Assembly as an observer,” saw China and Pakistan speak against the proposal, and Eswatini and Tuvalu for it.

The first to speak was China, whose delegate falsely insisted that the United Nations General Assembly Resolution 2758 and WHA Resolution 25.1 “confirmed the legal status of Taiwan as part of China's territory.” He claimed that the proposal was without legal or factual basis, and did not constitute an “international consensus.”

The delegate also accused the proposal of “hyping up the issue of the so-called gap in the international pandemic prevention system,” and labeled it as “a thorough political manipulation” behind which was a goal to “seek independence through the pandemic.”

In response, Eswatini’s delegate said both the UN and WHA resolutions China cited “only address the issue of China’s representation,” adding that “These resolutions neither provide authorization for China to represent Taiwan in the UN system, nor state that Taiwan is part of China.”

“Taiwan’s performance in controlling the spread of COVID-19 has minimized the spread of the disease while avoiding large-scale lockdowns, they donated medical resources to other nations, and achieved astonishing economic growth. It is important that the world benefits from its expertise,” said the delegate. “Taiwan’s participation in the WHA as an observer is a health issue, not a political one.”

She added, “Reverting to past practices does not mean that WHO is taking a position on Taiwan’s sovereignty, but rather, it is only taking [a] logical step of including an important global health leader in the WHA.”

Following Pakistan’s statement, which echoed China’s, a representative from Tuvalu said the country strongly urges WHA member states to endorse the proposal, “specifically as a health issue but not as a political one.”

She cited the WHO constitution, which defines “the enjoyment of the highest attainable standards of health” as one of the fundamental and indiscriminate human rights. Therefore, she said, “Taiwan’s 23.5 million people have the right to participate in a global health security system through their effective participation in WHA and any WHO technical event.”

Tuvalu’s representative added that in order to successfully contain the pandemic, “effective, inclusive collaboration of all countries and regions in the world and not just [for] those in the UN system” is required. “WHA’s theme for this year, ‘Health for Peace, Peace for All’ is very timely, as it underpins great value in formally embracing the commitment [and] cooperation of all countries, regions, partners, and individuals such as Taiwan and its people to support global health security.”

Immediately following Tuvalu’s statement on the issue, WHA President Ahmed Robleh Abdilleh announced, “I take it that the Health Assembly accepts the recommendation of the General Committee not to include the proposed supplementary item on the agenda,” despite not having allotted time for any review, vote, or discussion of the matter.