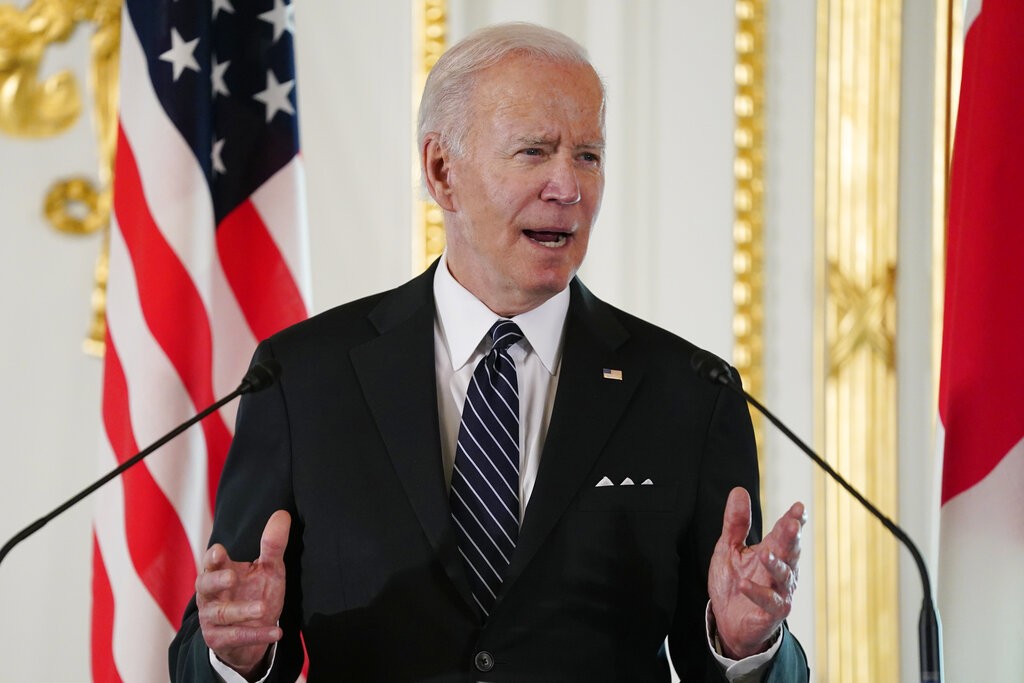 TAIPEI (Taiwan News) — President Biden on Monday (May 23) said the U.S. would be willing to use force to defend Taiwan in the event of a Chinese invasion.

In response to a question on how Japan would respond to an invasion of Taiwan at a press conference that afternoon, Japan Prime Minister Kishida Fumio stated that the Japanese stance on the U.S.' position on the Taiwan Strait has not changed, and stressed that "peaceful resolution of the Taiwan Strait issue should be pursued." Kishida said that Japan is against any "unilateral attempt to change the status quo by force in Asia," and in order to defend peace and stability in the region, Kishida pledged that his country will "drastically upgrade and strengthen our defense capability," and reiterated the strength of his country's alliance with the U.S.

He emphasized that the Japan-U.S. alliance is "very important" and that it must be strengthened to "defend peace and stability in the region." Japan's prime minister then asserted that strengthening this alliance will enhance deterrence, and that he has full confidence in U.S. response capabilities.

In his response, Biden reiterated that the U.S. policy on Taiwan "has not changed at all" with a continued commitment to peace and stability across the strait, ensuring that there is "no unilateral change in the status quo." He then stressed that "Putin pay a dear price for his barbarism in Ukraine" in order to send a strong signal to China about the cost of "attempting to take Taiwan by force."

He warned that China is already "flirting with danger by flying so close and all the maneuvers they are undertaking (in Taiwan's ADIZ)." The president said that although the U.S. is committed to the 'one China' policy, it does not mean that China has the "jurisdiction to go in and use force to take over Taiwan."

Biden pledged that the U.S. "stands firmly with Japan and other nations not to let that happen." He then expressed his belief that such an invasion will not take place, but it is dependent on how strongly world leaders make it clear that military action against Taiwan would result in "long-term disapprobation by the international community."

Lastly, a reporter then asked whether, given the Biden administration's reticence to engage militarily in the Ukraine conflict before Russia's invasion, would he be willing to "get involved militarily with Taiwan" in the event of a Chinese invasion. Biden quickly responded by saying "Yes."

Biden explained that "It was a commitment that we made." He repeated that the U.S. agrees with the "one China" policy and its attendant agreements, "but the idea that it can be taken by force... is just not appropriate," disrupting the entire region and resulting in similar consequences to what occurred in Ukraine.