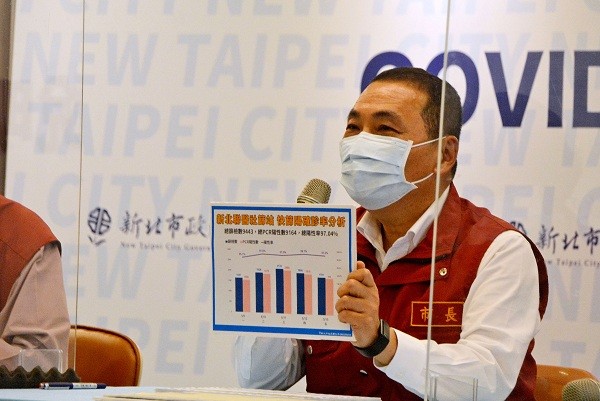 TAIPEI (Taiwan News) — The New Taipei City Government on Saturday (May 14) pleaded with the central government to recognize people with positive COVID-19 at-home rapid test results as confirmed cases without requiring them to undergo further PCR testing in order to reduce the burden of the country’s medical workforce.

According to statistics from May 9 – 13, 97.04% of the tests conducted by New Taipei City Hospital were positive, which means people who tested positive with rapid tests are tantamount to confirmed cases, he added.

Hou said he hoped the central government stays in good communication with frontline medical workers and treats all people whose rapid test results come out positive as confirmed cases so that positive cases can get all their medical needs fulfilled at once, including getting fast diagnoses from doctors, treatment, and drugs.

He went on to say that he hoped the central government would allow the city to adopt the above-mentioned strategy as soon as possible.

He mentioned that President Tsai Ing-wen (蔡英文) called a COVID-19 meeting on Friday (May 13) and came up with three directives, including setting up large-scale screening stations in the Greater Taipei Area and Taoyuan. However, the mayor said setting up more screening stations cannot totally solve all issues with testing.

People with positive rapid test results are now stuck going to community screening stations where they have to wait to take PCR tests, which consumes a lot of time and medical resources, including the large-scale deployment of medical staff, and should be avoided, Hou said.

The focus should be on the treatment of moderate and severe cases, the mayor said. 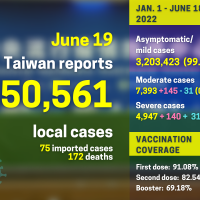