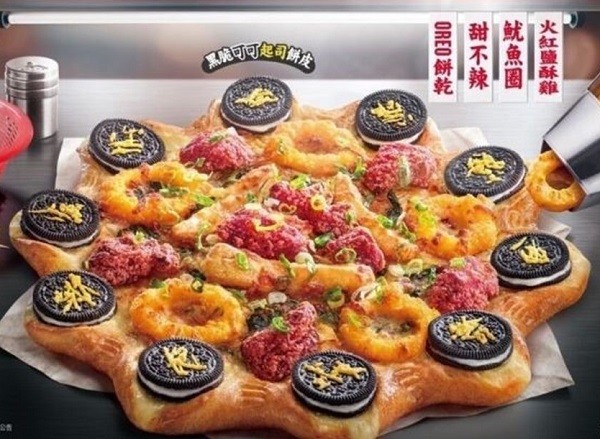 TAIPEI (Taiwan News) — Images leaked from a Pizza Hut Taiwan ad campaign featuring a new assortment of ingredients that surfaced on Thursday (May 5) raised eyebrows for putting Oreos into the mix.

In recent years, Pizza Hut and Dominoes have marketed a number of eclectic pizza flavors based on foods and beverages popular in Taiwan, such as cilantro century egg pig’s blood cake pizza, pearl milk tea, durian, strawberry stinky tofu, zongzi, and spicy hot pot. On Thursday, an advertisement for a new pizza featuring popcorn chicken and Oreo cookies was leaked and rapidly shared on social media platforms such as PTT.

Based on the advertisement, the "Popcorn Chicken Pizza" is topped with tempura, fried squid rings, and "flaming popcorn chicken." In addition, 10 Oreo cookies are placed on the edges of the crust, which has been molded into sharp corners to give the pie a starburst shape. 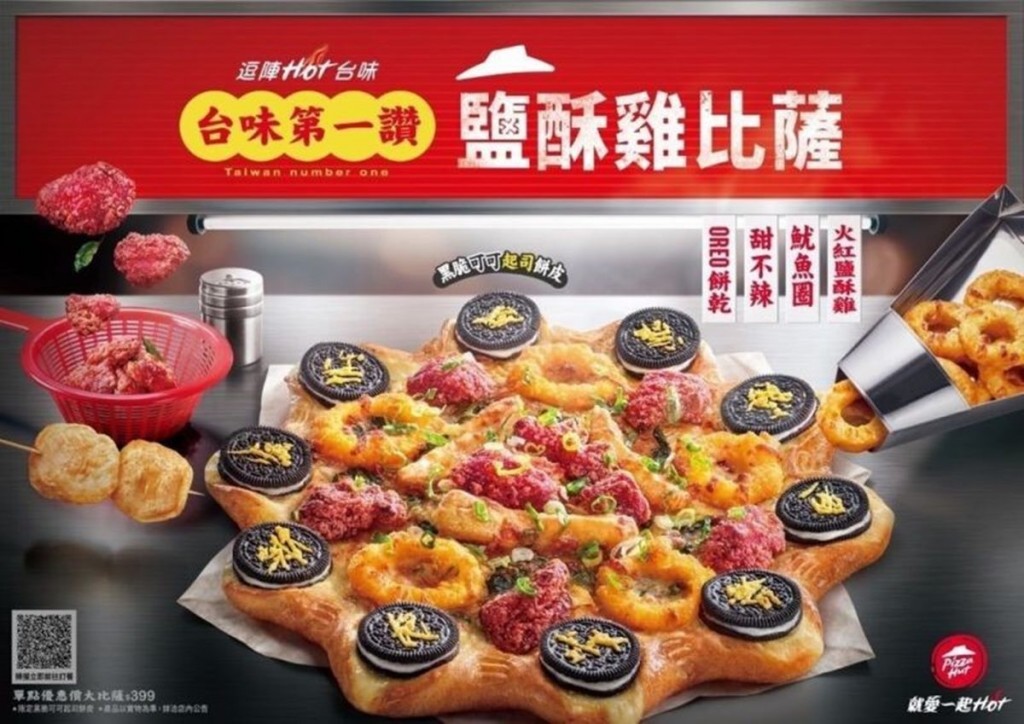 According to the ad, the sweet and salty caloric concoction sells for NT$399 (US$13.45). Images of the new dish have yet to appear on Pizza Hut Taiwan's website and social media channels.

A Pizza Hut Taiwan representative confirmed to Taiwan News the ad is real and the new product will be launched on Tuesday (May 10). 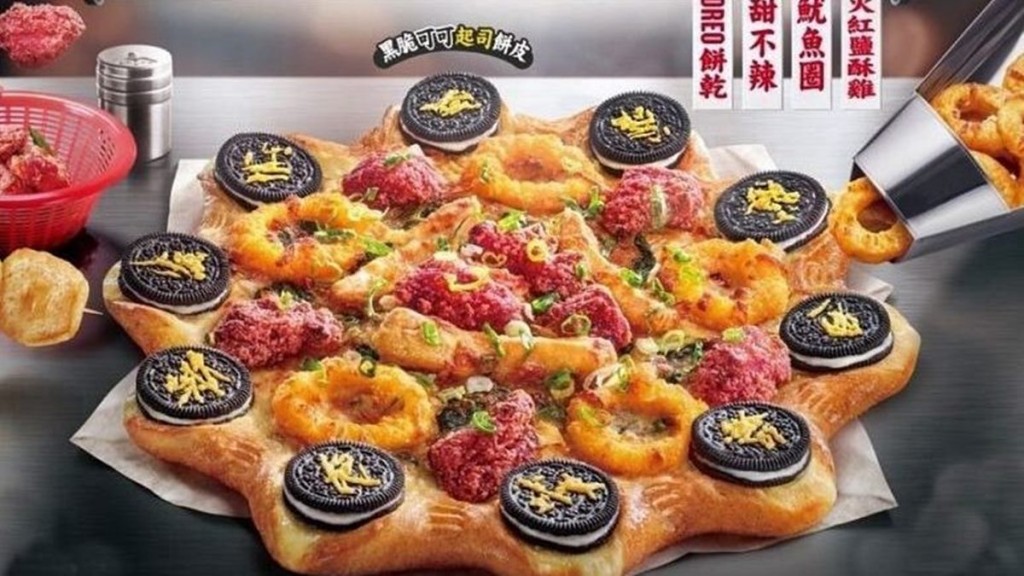 Taiwanese netizens had a strong reaction to the piquant pie:

"I originally saw the popcorn chicken and thought it was fine until I caught sight of that Oreo."

"The next time I go to a popcorn chicken stand, I must order Oreos."

"Not bad, after the center circle is finished, the outer ring can be eaten as a dessert."

Blogger Karl Smith on Thursday tweeted: "Taiwan's pizza crimes continue unabated." Holly Harrington, a long-term resident of Taiwan from the U.S., replied, "This looks like something a primitive AI art generator came up with based off the keywords 'Taiwan' and 'pizza.'"