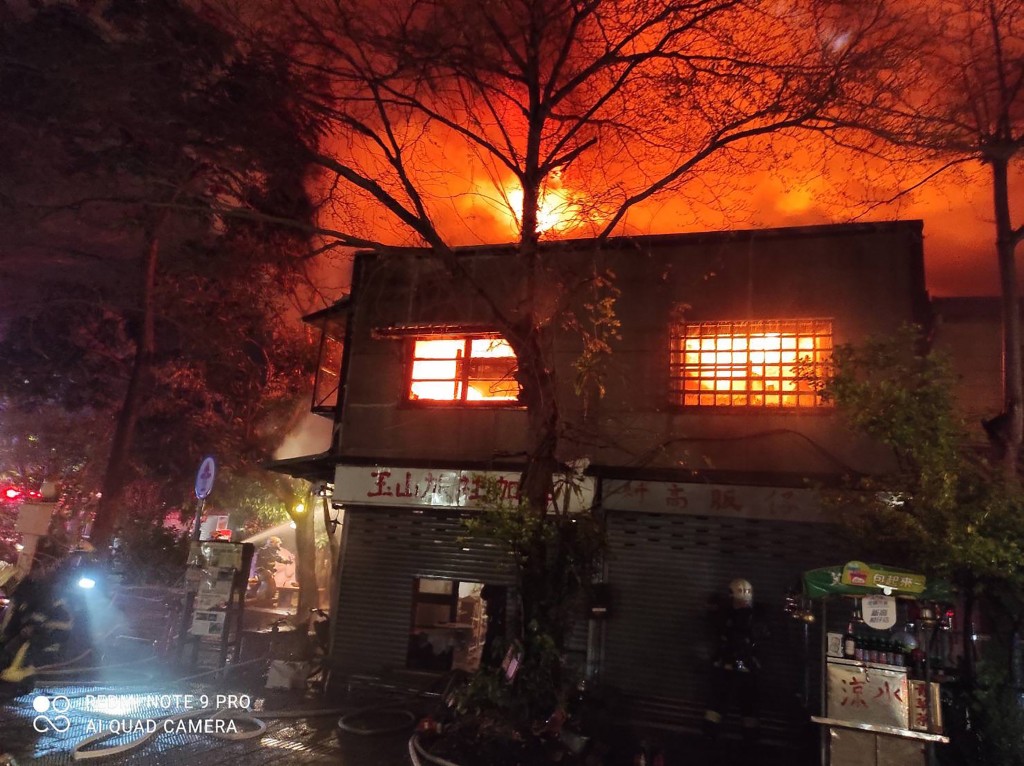 TAIPEI (Taiwan News) — A fire that started at the historic Yushan Hostel in Chiayi City burned down a row of wooden houses that are nearly a century old on Sunday (March 13).

The Chiayi City Fire Bureau received a report of a fire at the hostel at 11:57 p.m. on Saturday (March 12), UDN reported. Though it deployed seven teams of firefighters, the fire quickly spread to seven houses and caused the hostel’s roof to collapse, blocking firefighters from accessing the building.

A couple who had traveled from Taipei to stay at the hostel told UDN that they were on the first floor when the fire started and did not notice anything until the fire alarm went off. Neighbors living across the street said they saw flames on the second floor.

The hostel’s owner alerted neighbors next door, and by the time firefighters arrived everyone had evacuated.

Located across from Chiayi City’s Beimen Train Station, the Yushan Hotel was built in the 1950s by former Alishan Forest Railway conductor and Beimen Train Station Deputy Head Chen Tsung-ming (陳聰明). Its affordable rooms made it a popular location for vendors on Alishan to rest as they traveled, but business waned after the Alishan Highway opened and more people chose to drive up the mountain instead of taking the train.

The hotel changed hands several times before Hoanya Cultural Association Director-General Yu Ko-hsin (余國信) leased it and raised funds for renovation in 2009. Since then, it has also become a café and cultural hub in the city.