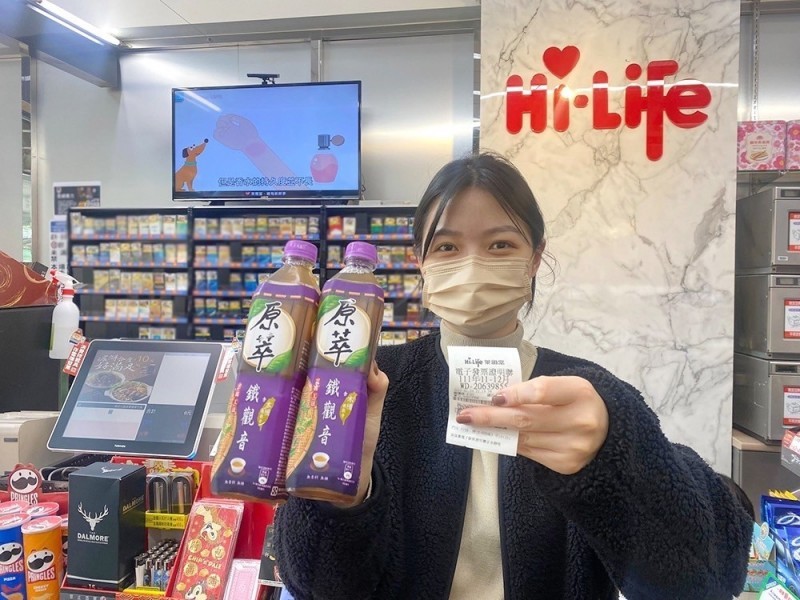 TAIPEI (Taiwan News) — A customer of a Hi-Life in Miaoli County who bought two bottles of tea for only NT$20 (US$0.71) has been confirmed as one of the two winners of the NT$10 million Special Prize for the November-December Taiwan receipt lottery.

Hi-Life announced that its winner of the NT$10 million Special Prize was a woman who had purchased two bottles of Oolong tea for NT$20 at a store in Miaoli County's Sanyi Township. Another customer bought two bottles of Coca-Cola Fiber+ and one bottle of black tea for total price of NT$95 and won the NT$2 million Grand Prize.

The lucky winner, who spent the least amount of money and won the most during this round of the receipt lottery, visited the FamilyMart at the Xinying North Service Station in Tainan City's Houbi District. They selected a tea egg, some oden, snacks, and coffee, for NT$4, after redeeming awards points.

The other fortuitous shopper spent NT$60 on a sweet potato and soy milk at a FamilyMart on Juemin Road in Kaohsiung's Sanmin District.

One lucky winner of the Special Prize bought a bottle of mineral water for NT$28 at a 7-Eleven on Songren Road in Taipei City's Xinyi District. The other Special Prize winner purchased a snack and a feminine hygiene product for NT$59 at a branch in Taoyuan City's Zhongli District.

There was also a customer who spent NT$300 on staple merchandise at a branch in Chiayi County's Budai Township and was lucky enough to win the Grand prize.

As for the additional prize, there is one this time around: 252. Holders of receipts with the last three digits matching this number will garner a NT$200 prize.