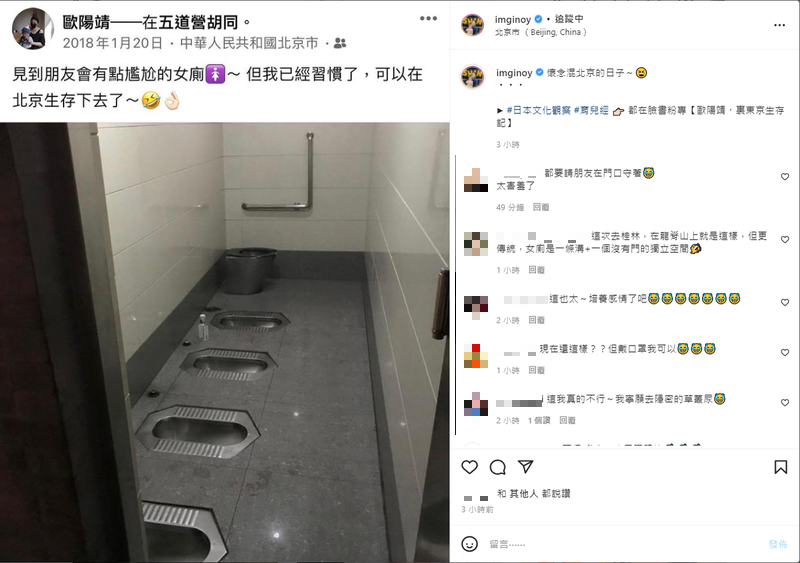 TAIPEI (Taiwan News) — Taiwanese actress Gin Oy (歐陽靖) shocked her fans on Thursday (Jan. 20) when she re-shared a photo on her Instagram account showing a public women's restroom in Beijing with four squat toilets in a row.

Oy had originally posted the photo while visiting the historic Wudaoying Hutong in Beijing's Dongcheng District on Jan. 20, 2018.

In the original post, she wrote, "Running into a friend in the women's bathroom can be a bit embarrassing, but I've already gotten used to it." She then proclaimed, "I can survive in Beijing."

The photo shows a narrow public restroom with four squat toilets close together in a row without a partition or toilet paper. In addition, a small sitting toilet can be seen in the far back of the room with railing, indicating it is for people with disabilities and compelling able-bodied people to select the squat option.

Taiwanese netizens expressed horror at the conditions of the restroom in the capital city of the world's second-largest economy and host of the 2020 Winter Olympics:

Beijing announced a "toilet revolution" in 2015 to modernize public toilets in the city's old alleyways, or hutongs. However, out of 1,325 toilets in hutongs, 800 had been remodeled as of December last year, while 500 had been put on hold due to the pandemic, reported ThinkChina. 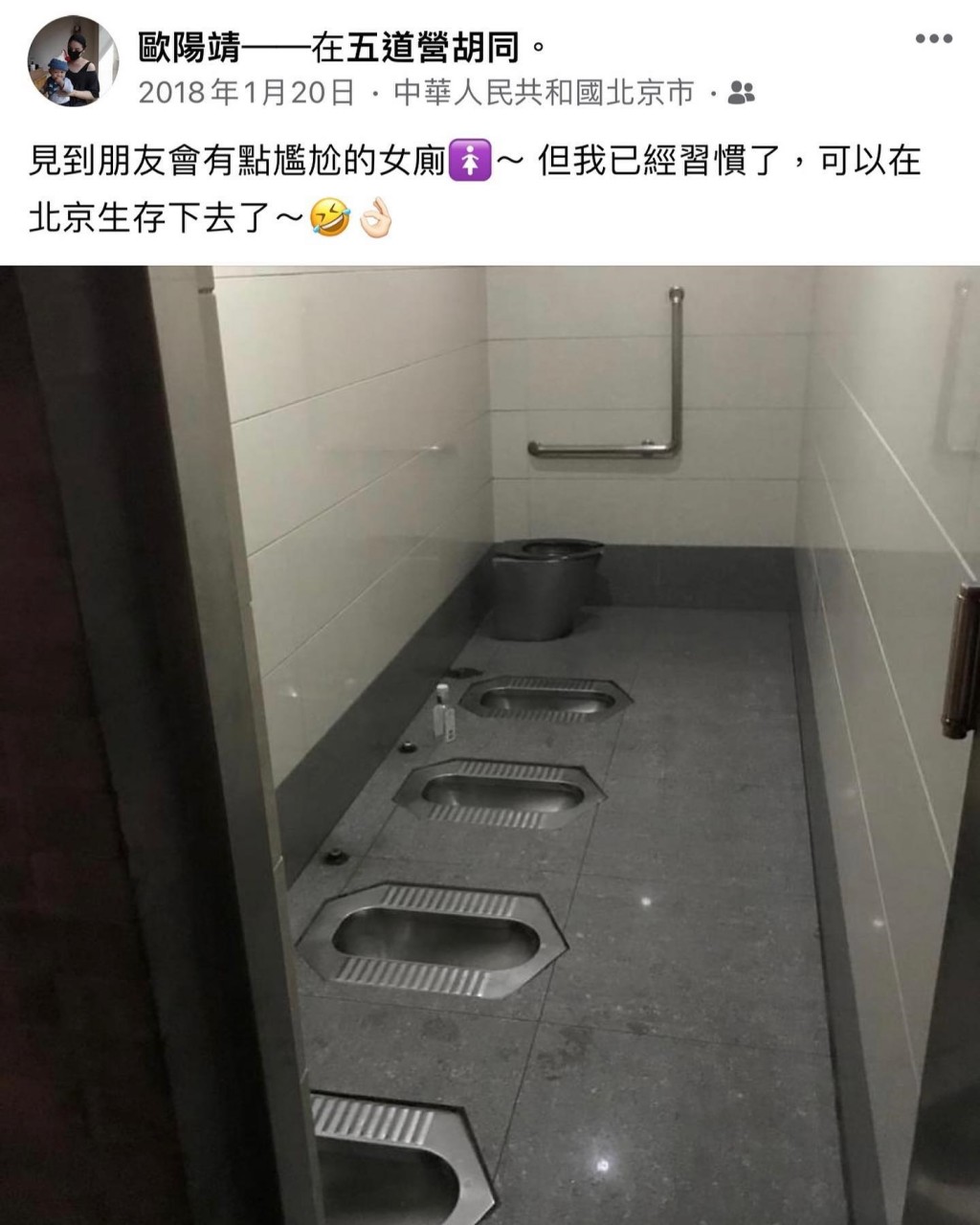