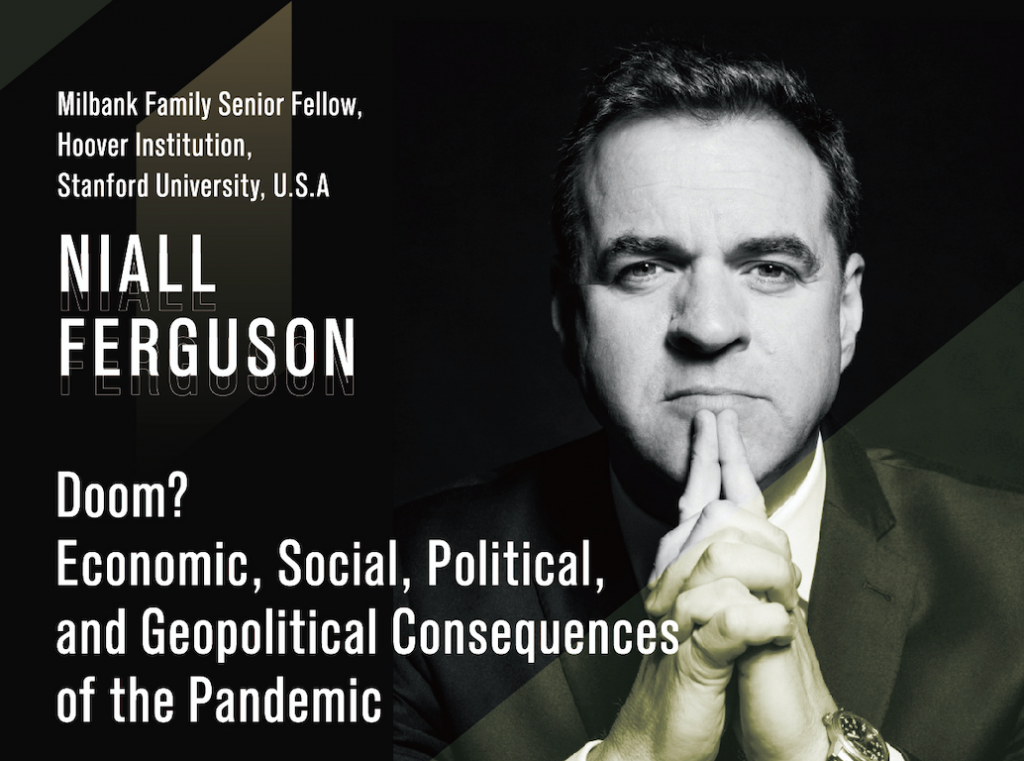 TAIPEI (Taiwan News) — The West can learn from Taiwan's COVID response, and the U.S. may not be ready for a Taiwan Strait conflict with China, said historian Niall Ferguson.

Ferguson spoke at the Taipei School of Economics and Political Science Foundation (TSEF) on Saturday (Jan. 15) to promote his latest book, "Doomsday? "Doom? Economic, Social, Political, and Geopolitical Consequences of the Pandemic." He said that though the COVID-19 pandemic is not the deadliest in history, it is the first time in human history that such a large-scale effort has been made to fight it.

He noted that Taiwan is the least affected country thus far and said Western countries “should learn from it.”

Due to its experience with SARS in 2003, Taiwan responded quickly and warned of the dangers of the new coronavirus, while Europe, the U.S., and other parts of the world spent a lot of energy overcoming the pressures brought on by the pandemic, the historian said.

Ferguson suggested the U.S. and European governments study Taiwan's COVID response and establish an “antifragility mechanism.” Referring to a quote by Taiwanese Digital Minister Audrey Tang (唐鳳), he said, “By trusting the people and disclosing data on government procurement, budgets, and performance indicators, governments can be more transparent."

Ferguson said the pandemic has intensified the possibility of a second Cold War, as tensions between the U.S. and China have increased. He also reiterated his view that China will not give up its claim over Taiwan.

He added that the U.S. is not currently prepared for a conflict in the Taiwan Strait. If a crisis comes, support for Taiwan may be less than expected, he said.