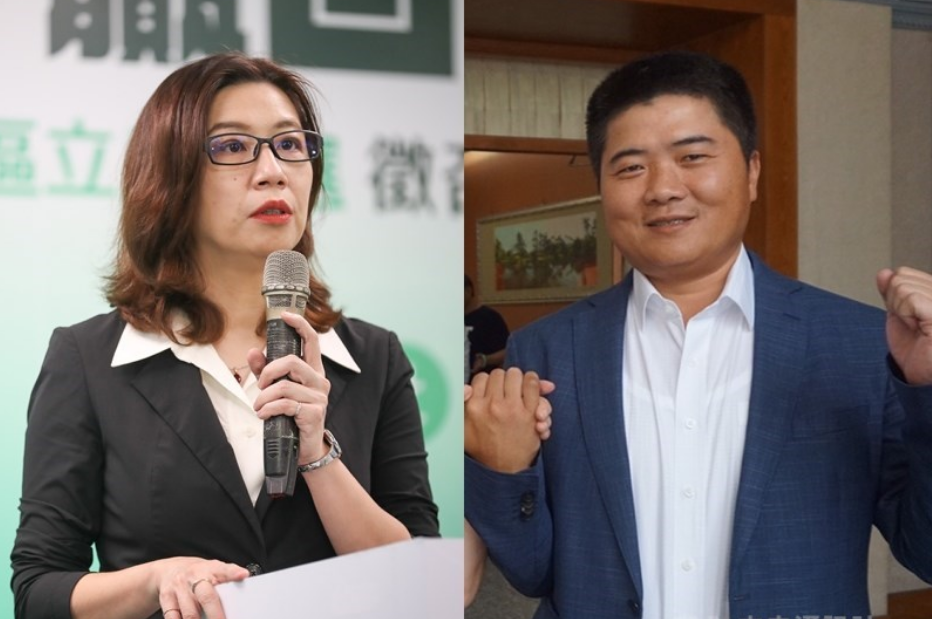 TAIPEI (Taiwan News) — Lin Ching-yi (林靜儀) of the ruling Democratic Progressive Party was elected to the legislature for Taichung City's second electoral district on Sunday (Jan. 9) in a by-election.

According to the Taichung City Election Commission, Lin won with 88,752 votes, beating her primary rival, Yen Kuan-heng (顏寬恒) of the opposition KMT's 80,912. The turnout rate was 58.26%. Yen admitted defeat around 5:45 p.m. and congratulated Lin on her victory.

Lin, 47, a physician and politician, served as a legislator between 2016 and 2020. She will fill the seat vacated by Chen Po-wei (陳柏惟), a former legislator of the Taiwan Statebuilding Party who lost his office in a recall election in October.

Leading DPP figures including President Tsai Ing-wen (蔡英文) have thrown their weight behind what they called a person of chivalrous character and urged the public to reject “gang politics” by electing the former obstetrician.

Yen, 44, is from a family that commands tremendous clout in Taichung, led by his father Yen Ching-piao (顏清標), a controversial political figure who was found guilty of misusing public funds during his tenure as the speaker of Taichung County Council.

Yen Kuan-heng’s bid to enter the race has been seen by some as a move to avenge his defeat to the ousted legislator Chen Po-wei in 2020. In the run-up to the vote, the Yen family’s sprawling business empire was brought to light along with its connections to gangs and allegations about its profiting from government-business collusion and misappropriation of public property.

Taiwan has seen 14 recall votes between 2020 and 2022, having removed a legislator, a city councilor, a village chief, and a mayor. This has led to criticisms about abuse of the democratic process, which has been used by political parties as a tool to settle feuds, wrote DW.