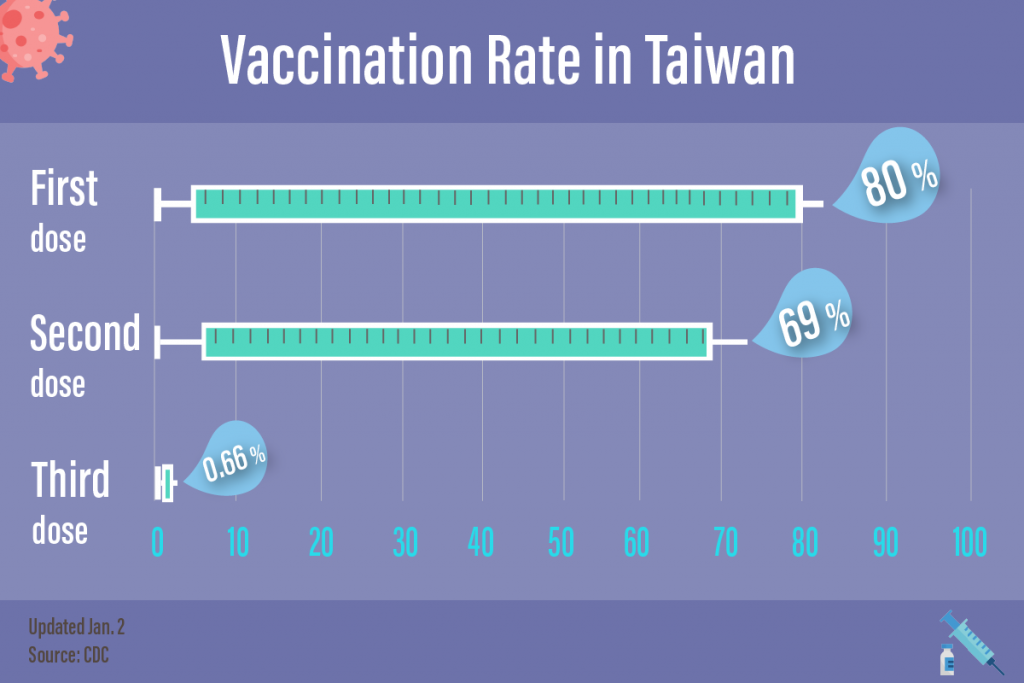 Chen pointed out that an additional dose (third dose) is available immediately for people with immune deficiency disorders and low immunity due to health conditions. He stressed that after receiving their second dose, they do not need to wait five months to receive their third dose.

For the general population, it is recommended that they wait five months after their second dose before receiving a booster shot. Chen said that out of the 400,000 people who are now eligible for a booster dose, very few have opted to receive one.

As to whether the five-month interval between the second dose and booster shot can be shortened, Chen called on experts to revaluate the recommended waiting period. He called on those eligible to receive their booster as soon as possible.

In October last year, the CECC had set a milestone of 70% first-dose vaccination and 60% second-shot inoculation as a point at which it would consider gradually reopening Taiwan's borders. However, with the emergence of Omicron across the globe, the government has stopped listing vaccination milestones as a standard by which the borders could be opened.