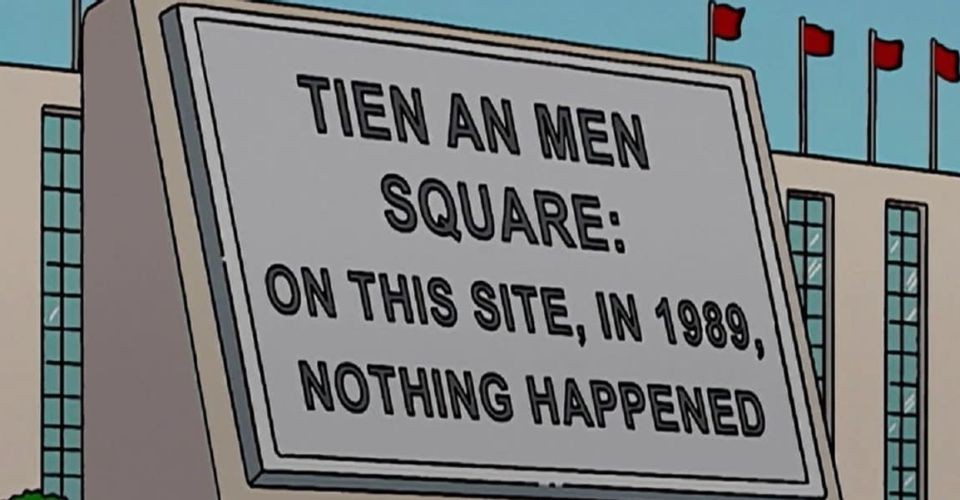 TAIPEI (Taiwan News) — A 2005 episode of "The Simpsons" featuring references to the Tiananmen Massacre is missing from the Disney+ streaming service in Hong Kong.

In season 16, episode 12 of the renowned cartoon, titled “Goo Goo Gai Pan,” the family travels to China because Marge Simpson's sister, Selma, wants to adopt a baby. At one point, the Simpsons stop by Beijing's Tiananmen Square, where the Chinese Communist Party violently cracked down on pro-democracy protesters in 1989.

In a close-up shot, a sign can be seen saying, "On this site, in 1989, nothing happened," ridiculing China's efforts to hide the truth of what really transpired that day. Later, Selma is depicted standing in front of a tank, a nod to the famous “Tank Man” photo from the Tiananmen protests.

The episode also makes references to religious oppression in Tibet and the disastrous results of the Cultural Revolution. It is not known whether Disney+ deleted the episode of its own volition, was ordered by Chinese authorities to remove it, or whether the episode was even originally available in Hong Kong, the Australian Broadcasting Corporation reported.

This incident highlights the iron grip Beijing has on the former British colony and concerns over new censorship laws that forbid any broadcast material deemed to violate the Hong Kong national security law introduced by Beijing last year, ABC said. 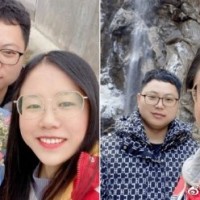