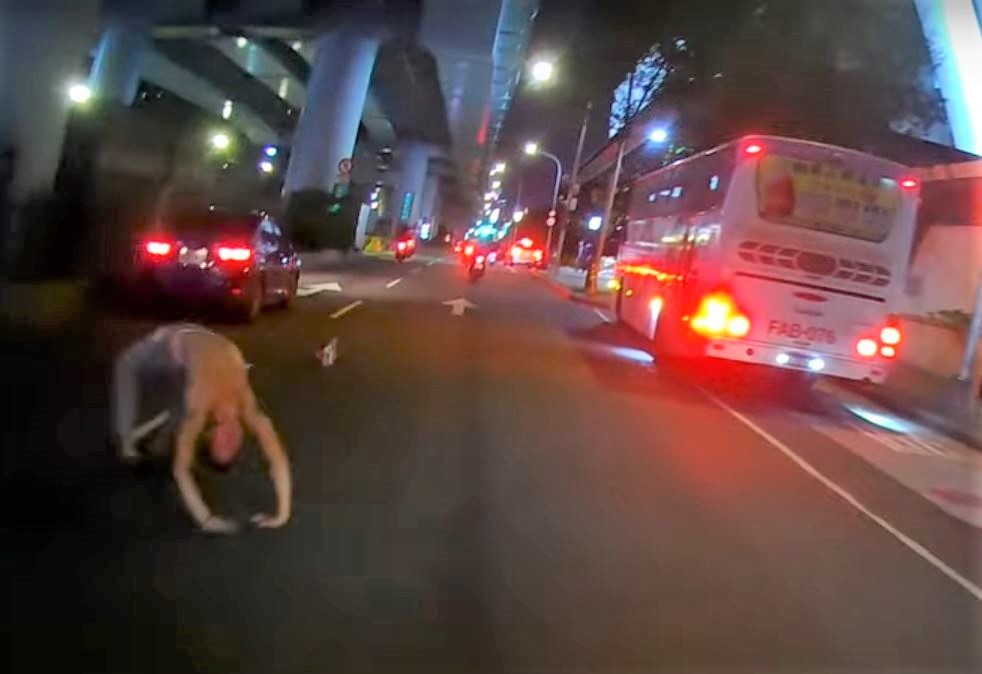 TAIPEI (Taiwan News) — A video submitted to a dashcam sharing platform showing a man mimicking the “spider walk” from the American horror film “The Exorcist” has generated online discussion and triggered a police investigation.

The video was submitted anonymously and uploaded to WoWtchout’s YouTube channel on Nov. 15. The 15-second video shows a scooter rider traveling along Taipei’s Civic Boulevard near Taipei Main Station in the evening. Vehicles in front of the rider suddenly brake, swerve, and honk at something in the middle of the road — which headlights reveal as a shirtless man on all fours with his belly up.

According to a police report posted by Wowtchout under the video, the Zhongxiao West Road Police Station received a report of “someone standing in the middle of the road” on the evening of Nov. 16. When the police arrived, there was no sign of the person.

The police checked surveillance footage at the intersection to find the shirtless man dancing on the road and have identified a specific person as the dancing man. Once the police confirm the man’s identity, he will be subject to a NT$300 (US$11) fine. 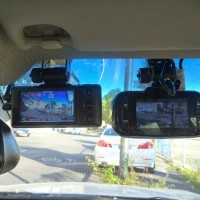