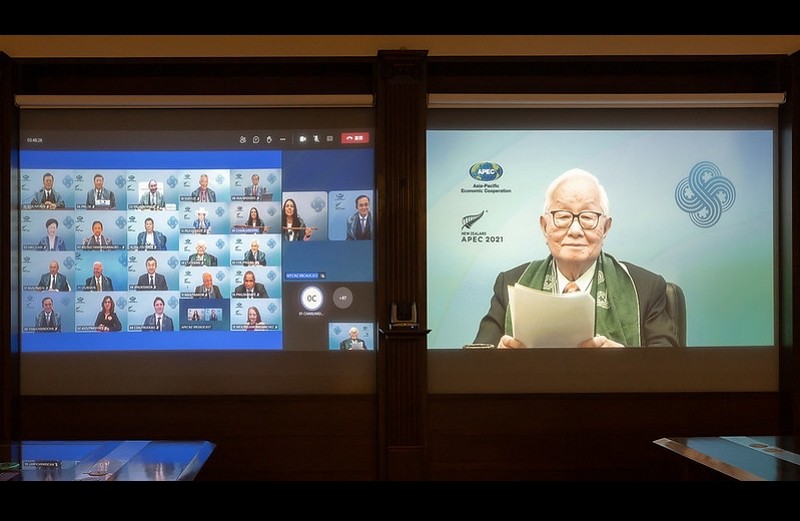 “Taiwan plays an irreplaceable role in the global high-tech supply chain,” said Chang during his address. He added that the country also boasts a highly transparent market economy and adheres to the high standards required to be a member of the trade bloc.

The business tycoon relayed Taiwan’s concern that the notion of free trade now entails “more conditions and qualifications” than there used to be, which is counter-productive. The founder of the world’s largest contract chipmaker also spent much of his speech addressing the chip supply chain woes hurting the world economy.

Chang believes every APEC member has a lot to gain from a more resilient supply chain, particularly regarding the semiconductor industry, under the framework of a free market.

In addition to rallying support for Taiwan’s CPTPP bid, Chang thanked the U.S., Japan, and all parties that have contributed to alleviating Taiwan's COVID-19 vaccine shortage over the past months.

Taiwan and China have both launched bids for membership in the CPTPP, which now has 11 signatories, including Australia, Brunei, Canada, Chile, Japan, Malaysia, Mexico, New Zealand, Peru, Singapore, and Vietnam. China has opposed Taiwan’s entry despite not being a member itself.

Asked about the prospect of Taiwan joining the bloc, Chang said in a press conference on Saturday (Nov. 13) that the country is well-positioned but has encountered “obstacles,” without elaborating on what these are, UDN reported.