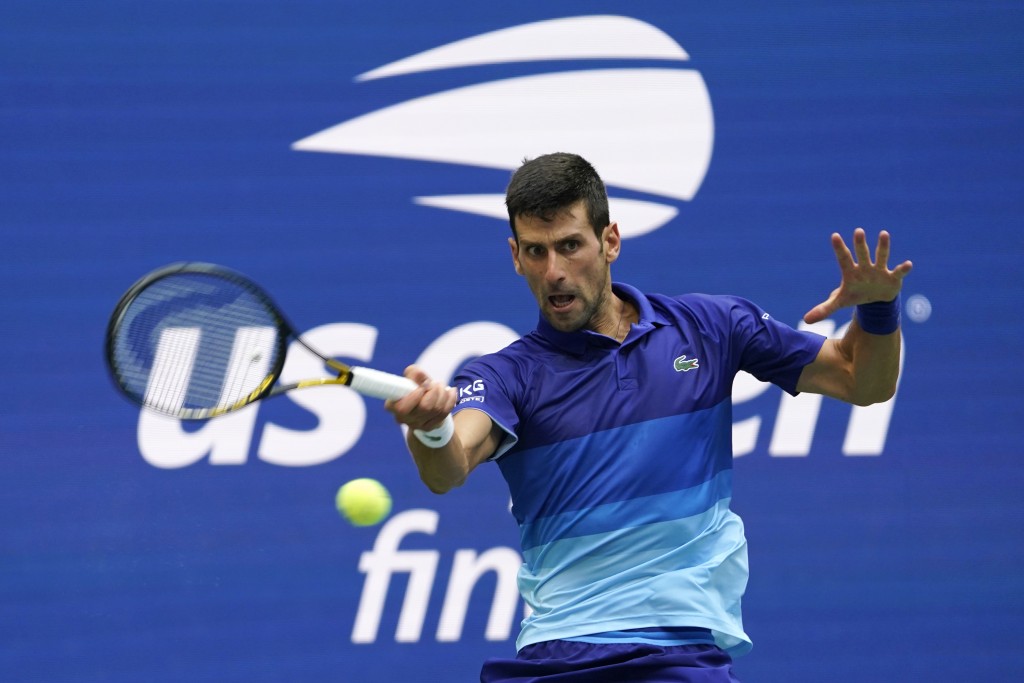 BRISBANE, Australia (AP) — The back-and-forth debate over unvaccinated tennis players being allowed to contest the Australian Open in January heightened Wednesday with the prime minister and a state political leader trading shots on points of difference.

Prime Minister Scott Morrison indicated in television interviews that unvaccinated tennis players would be allowed to get exemptions to enter the country provided they undergo two weeks in hotel quarantine.

Victoria state's Premier Daniel Andrews hit back, telling reporters in Melbourne he wouldn’t be applying for exemptions for unvaccinated players.

Victoria hosts the Australian Open at Melbourne Park and has a mandatory vaccination policy for athletes competing in domestic leagues. The Andrews government has imposed months of lockdowns on the people of Victoria and is only starting to re-open after the public reached high targets for the COVID-19 vaccine.

Morrison's move Wednesday to clarify his federal government's stance on the international border came a week after Immigration Minister Alex Hawke suggested there’d be a no-jab, no-visa policy for players at the Jan. 17-30 Grand Slam event.

Morrison said there are exemptions to the long-term international border protection rules for some who qualify under skilled worker or economic benefit criteria.

“If there is a special exemption that is warranted for an economic reason, well, that can happen," he told Australia's Nine Network. “But you’ve got to follow the health rules in that state — and two weeks' quarantine for unvaccinated people, well, that’s sensible."

Morrison said the ultimate decision on the Australian Open regulations was for the state of Victoria, which has a cap on unvaccinated people arriving.

Andrews put the point beyond doubt.

“What I want to make very clear is that the state of Victoria will not be applying for any exemptions for unvaccinated players ... Therefore the issue is basically resolved,”Andrews said, according to the Australian Associated Press. “I am not going to ask and require people sitting in the grandstand, people working at the event to be vaccinated while players aren’t.”

He also returned serve on the federal government over the apparent backflip within a week.

Australia is preparing to re-open its international borders next month for the first time since early 2020, but it’ll be a gradual, state-by-state process. Fully vaccinated people will face fewer restrictions across the country than those who are not.

Tennis stars who are fully vaccinated for COVID-19 are set to be allowed to travel to Australia from Dec. 1 and, after testing negative to the coronavirus, will not have to quarantine.

Under Morrison's stance, unvaccinated players would face similar restrictions to those in place for the 2021 Australian Open, which included a 14-day hotel quarantine for all players, coaches and officials who arrived from overseas.

The exchange between Morrison and Andrews followed a leaked email earlier this week from the WTA to its Players’ Council which suggested unvaccinated players would likely be granted a visa but must do two weeks in isolation.

The email said Tennis Australia was still working with the government on the details but because Victoria state was expected to hit a vaccination target of 90% of the adult population by next month, “it has been confirmed that conditions for the players at the Australian Open will improve significantly.”

Tennis Australia then said it was "optimistic that we can hold the Australian Open as close to pre-pandemic conditions as possible.”

Nine-time Australian Open champion Novak Djokovic is among the players advocating for the decision to get the vaccine to remain a personal choice. He hasn't confirmed whether or not he is vaccinated for the coronavirus. Others, including Andy Murray, have said it should be mandated for the good of the majority.

Both the men’s and the women’s tours are recommending all players get vaccinated but so far have not enforced it.

“We’re going to have one of the highest vaccination rates in the world ... one of the lowest fatality rates from COVID in the world and the strongest economy coming through COVID,” he said. “We want major events in this country. We want Australia to show to the world that we’re open, we’re getting on with it.”