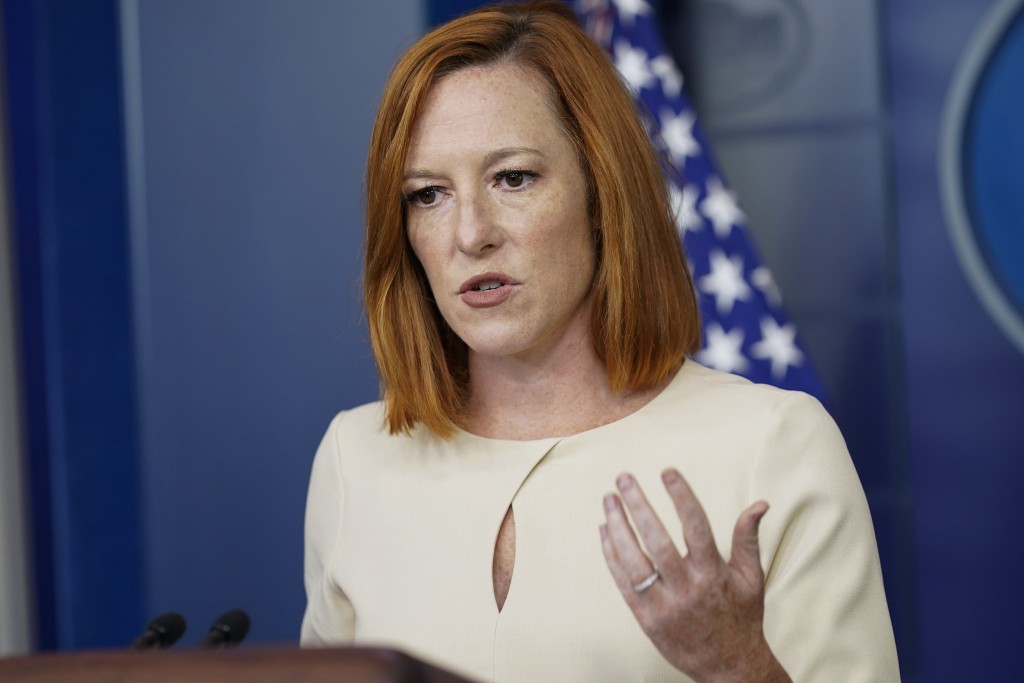 At a press briefing on Monday (Oct. 4), White House Press Secretary Jen Psaki responded to the intrusion of 93 People's Liberation Army Air Force (PLAAF) military aircraft over the weekend by calling on China to halt its military, diplomatic, and economic pressure on Taiwan. She stressed the U.S. commitment to Taiwan is "rock solid" and the country has been very clear privately and publicly about China's "coercion toward Taiwan."

In the midst of the press conference, news broke that China had (at that point in time) dispatched 52 more warplanes to Taiwan's ADIZ. A reporter pointed out "these strong statements from the State Department and from you don’t appear to be listened to in Beijing," and then asked Psaki, "So, what now? What next?"

Psaki responded by saying: "We are also in touch privately, conveying clear messages through diplomatic channels." She then added, "And that's probably the appropriate place for those."

When asked if U.S. President Joe Biden had spoken about the matter, Psaki said he had not but that high-level officials were in contact with "a range of officials there."