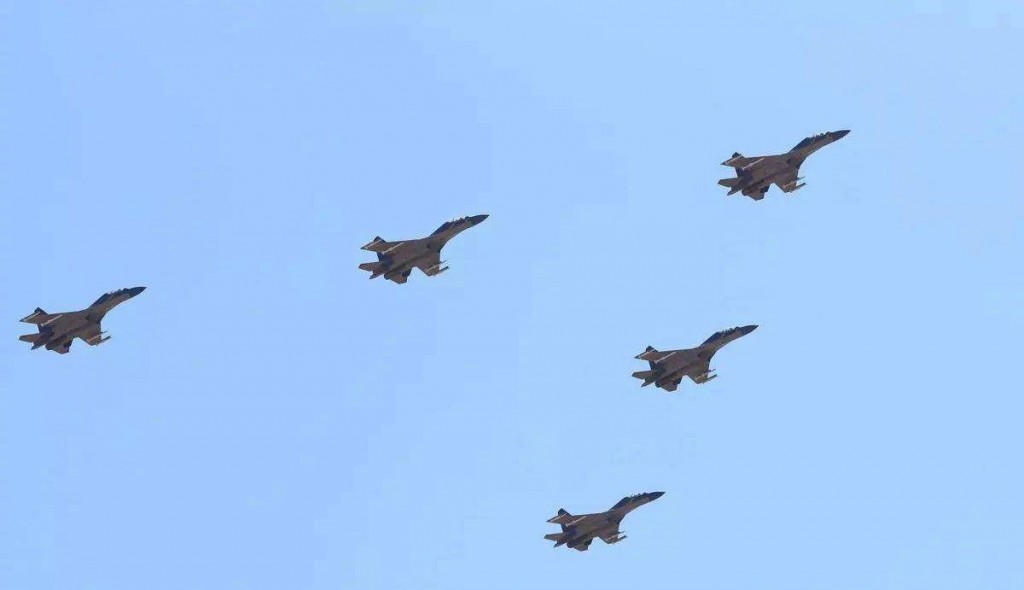 In a second report issued that evening, it announced four additional J-16 fighter jets had entered the ADIZ. With the addition of the four fighters, the total for Monday rose to 56 military aircraft.

The aircraft all flew sorties in the southwest corner of Taiwan's ADIZ, just to the northeast of the Dongsha Islands. The MND said that it scrambled combat patrol aircraft, issued radio warnings, and deployed air defense missile systems. On Friday (Oct. 1), 38 PLAAF military planes buzzed Taiwan's ADIZ, in what at the time was a new record. However, this was surpassed by 39 military aircraft the next day.

By Sunday (Oct. 3), another 16 aircraft had infringed on Taiwan's identification zone. Including today's incursion, a total of 145 PLAAF aircraft have encroached on Taiwan's ADIZ since Friday.