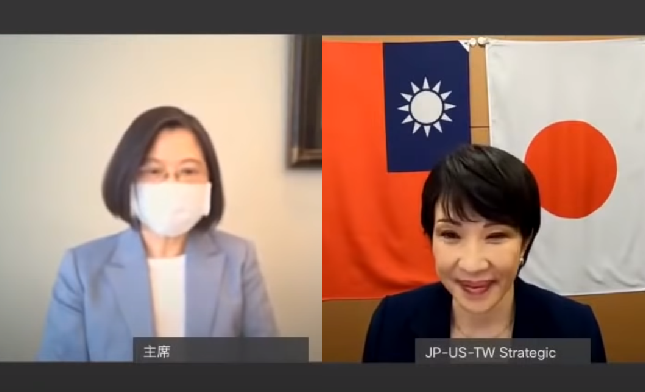 The president said the talk, though short, was a "very meaningful exchange of opinion" and said she hopes exchanges between the two countries will continue to deepen.

During an interview with the Sankei Shimbun last week, Takaichi said she would "very much like to meet" Tsai if chosen in the Sept. 29 party election.

The vote will determine the face of the ruling party in the general election following current Prime Minister Suga Yoshihide's announcement he will not seek re-election.

If elected, Takaichi would be the first female Japanese prime minister in history.

A nationalist and staunch conservative, she has cited former British Prime Minister Margaret Thatcher as a role model for governance. She recently expressed a willingness to double Japan's defense budget and called for the deployment of U.S. intermediate-range missiles in the country to deter Chinese and North Korean aggression.