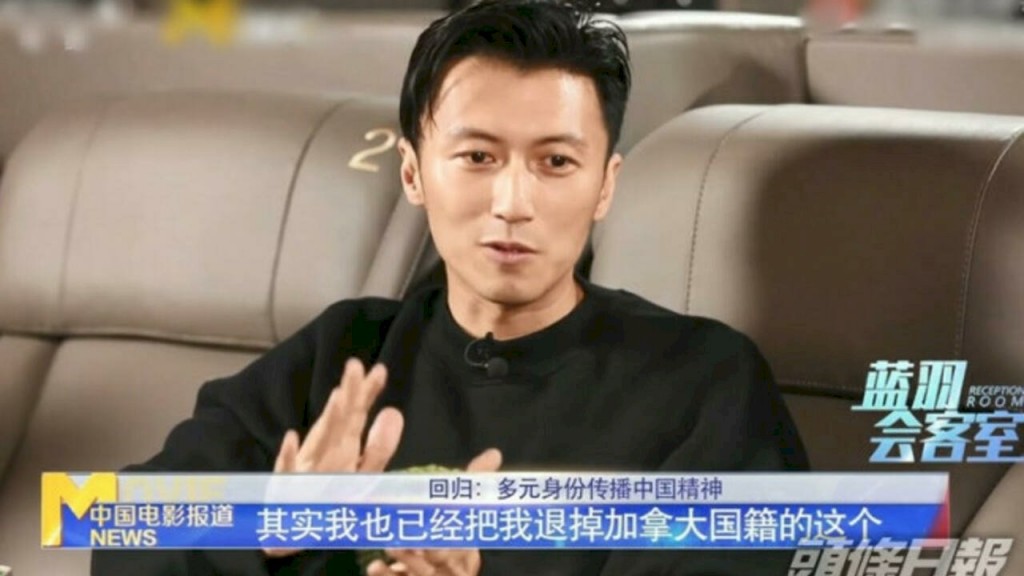 TAIPEI (Taiwan News) — Hong Kong-born action film actor Nicholas Tse (謝霆鋒) was seen on Chinese TV Sunday (Sept. 5) claiming that he is in the process of renouncing his Canadian citizenship amid rumors he is among the next to be blacklisted by China's censors.

In late August, the name and likeness of Chinese actress Zhao Wei (趙薇, Vicky Zhao) were suddenly scrubbed from Chinese online streaming sites and social media pages. Last week, rumors began to swirl on Chinese social media that seven famous Chinese actors with foreign citizenship had been placed on a “reorganization list” by the National Radio and Television Administration.

On Sunday, an excerpt from CCTV 6 program "Blue Feather Reception Room" (藍羽會客室) that featured Tse was posted on Weibo. When asked to expand on his drive to share Chinese culture with the world, Tse said that as he has matured, he has developed this "sense of responsibility."

Tse pledged that regardless of whether it's food, action movies, or music, he has a "sense of responsibility to spread these great things from our motherland to the whole world."

He was born in Hong Kong in 1980, moved to Vancouver, Canada, with his parents in 1987, and currently holds dual citizenship. He lived in Phoenix, Arizona, for one year before dropping out of high school as a sophomore and moving back to Hong Kong, where he was discovered by a talent scout in 1997, according to his IMDB profile.

As a pledge of allegiance to China / CCP in order to pursue more $$$ in China’s show biz, Hong Kong actor Nicholas Tse claims he’s in the process of renouncing his Canadian nationality.

This will likely prompt other Chinese celebs to renounce their foreign nationalities too. pic.twitter.com/rtAK4Uwa4Q