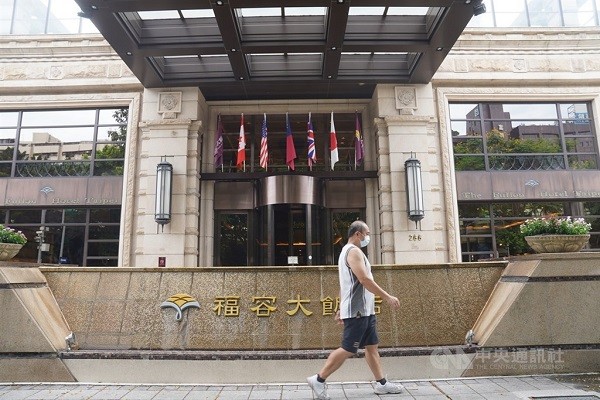 TAIPEI (Taiwan News) — Fullon Hotels & Resorts made a public statement on Monday (June 21) that its Fullon Hotel Taipei, Central branch will close in September at the expiration of its lease due to the pandemic, CNA reported.

The hotel chain said that in the past year and a half, the COVID-19 pandemic has taken a great many lives and destroyed numerous businesses around the world, with the hotel industry among the hardest hit.

The hotel chain pointed out that it struggled through 2020 amid border closures and travel restrictions only to encounter a worse maelstrom in 2021, with the pandemic finally reaching Taiwan and necessitating a Level 3 alert. The cost of the lease eventually became too heavy a burden, which led the company to wind down operations at Fullon Hotel Taipei, Central, one of the chain's two branches in the capital.

However, all other Fullon Hotels & Resorts destinations around Taiwan will continue to operate. The employees of the soon-to-close branch will be reassigned to other branches or enterprises under the parent company, Lih Pao Group, according to the company.

The hotel group added that it plans to build a new hotel near Taipei MRT Yuanshan Station across from the Taipei Expo Park.