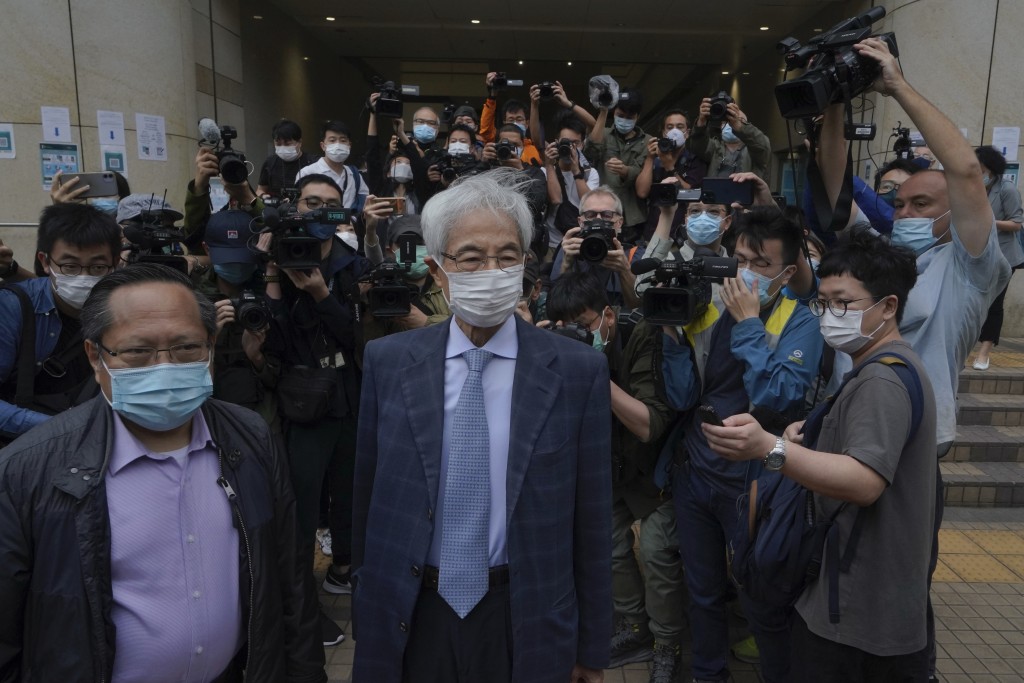 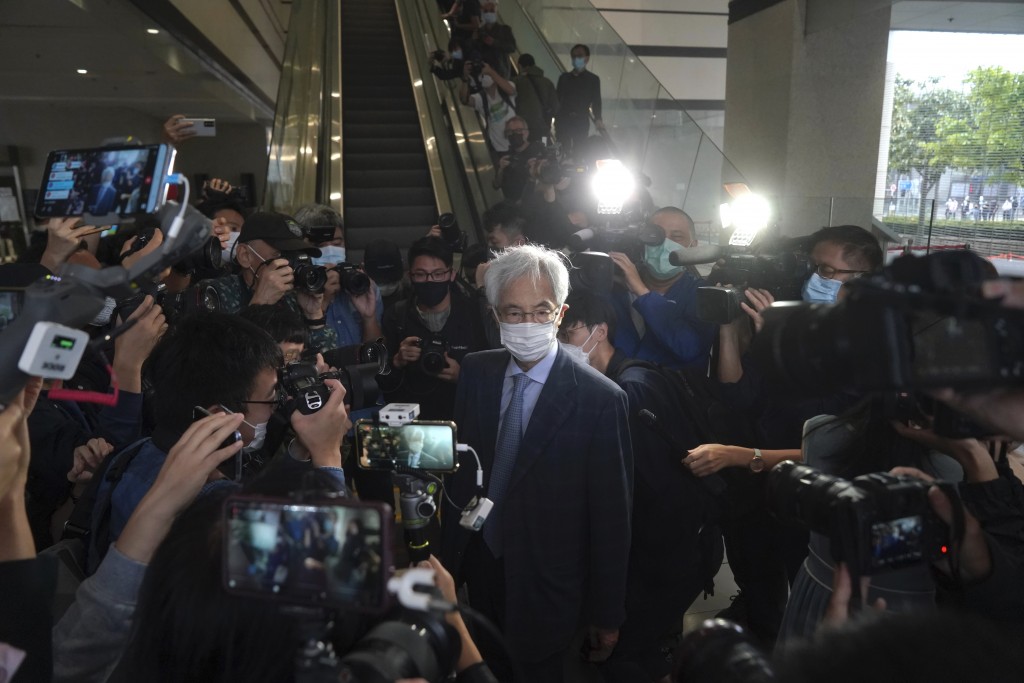 HONG KONG (AP) — Seven of Hong Kong’s leading pro-democracy advocates, including 82-year-old veteran activist Martin Lee and pro-democracy media tycoon Jimmy Lai, are expected to be sentenced Friday for organizing a march during the 2019 anti-government protests that triggered an overwhelming crackdown from Beijing.

They were found guilty earlier this month of organizing and participating in a massive protest in August 2019, where an estimated 1.7 million people marched in opposition to a bill that would have allowed suspects to be extradited to mainland China for trial. The seven are expected to submit pleas for more lenient punishment before sentencing is handed down. They face up to five years in prison.

Their convictions were the latest blow to the city's flagging democracy movement, amid an ongoing crackdown by Beijing and Hong Kong authorities on dissent in the semi-autonomous Chinese city.

Beijing had pledged to allow the city to retain civil liberties not permitted in mainland China for 50 years after the former British colony reverted to Chinese rule in 1997, but recently has ushered in a series of measures, including a national security legislation and electoral reforms, that many fear are a step closer to making Hong Kong no different from cities on the mainland.

Under the new rules, Hong Kong residents can be held legally liable for any speech opposing China's government and the ruling Communist Part or perceived colluding with hostile foreign political groups or individuals. Electoral changes mean just 20 out of 90 Legislative Council members will be directly elected and Beijing will retain even tighter control over the body that picks Hong Kong's future chief executives.

The seven expected to receive sentencing Friday include Lee, a lawyer and former lawmaker known as Hong Kong’s “father of democracy” for his advocacy of human rights and democracy in the city dating to the British colonial era; Lai, an entrepreneur and and founder of Hong Kong’s Apple Daily tabloid; and Lee Cheuk-yan, a pro-democracy activist and former lawmaker known for helping to organize annual candlelight vigils in Hong Kong on the anniversary of the bloody crackdown on pro-democracy protests centered on Beijing’s Tiananmen Square in 1989.

“I’m ready to face the penalty and sentencing and I’m proud that I can walk with the people of Hong Kong for this democracy,” Lee said ahead of the court session, as supporters held up signs condemning political persecution. “We will walk together even in darkness, we will walk with hope in our hearts.”

Lawyers Albert Ho and Margaret Ng, as well as former lawmakers Leung Kwok-hung and Cyd Ho, were also among the seven found guilty.

According to their convictions, six of the seven defendants carried a banner that criticized police and called for reforms as they left Victoria Park and led a procession through the center of the city. The other defendant, Margaret Ng, joined them on the way and helped carry the banner.

Lai, together with Lee and a former lawmaker Yeung Sum, have also been convicted of taking part in another unauthorized assembly on Aug. 31, 2019. All three have pleaded guilty. They are expected to be sentenced later Friday, after the first case, and face up to five years in prison.

While Hong Kong's government dropped the extradition bill in the face of widespread opposition, demonstrators expanded their list of demands to include electoral reforms for the chief executive and an inquiry into police tactics targeting protesters. Those were sternly refused by the authorities and protests grew increasingly violent until the opposition prevailed in local district council elections.

Beijing then imposed a sweeping national security law, and Hong Kong authorities postponed elections for the Legislative Council, citing coronavirus precautions. Most opposition figures have since been jailed, intimidated into silence or sought asylum abroad and authorities have decreed that only those considered to be true Chinese patriots will be allowed to hold office in future.