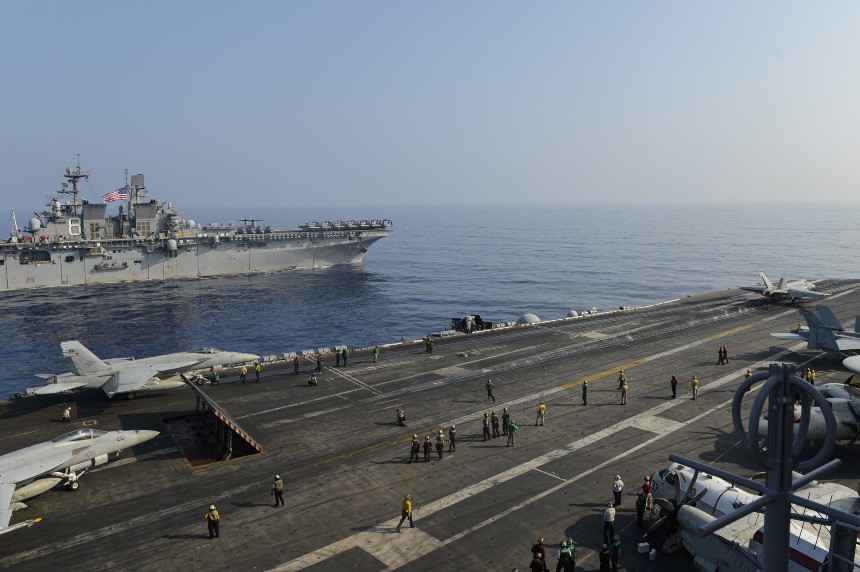 At 9 a.m. that same day, the Beijing-based South China Sea (SCS) Probing Initiative claimed that the USS Theodore Roosevelt was located to the northwest of the northern Philippine island of Luzon. Nearly two hours later, it posted an image of the carrier maneuvering in the South China Sea to the west of Luzon and claimed it was taking part in the two-week joint "Balikatan" Exercises with Philippine forces.

By 5 p.m., SCS posted a map showing Wasp-class amphibious assault ship the USS Makin Island appearing to be off the coast of the Philippine island of Mindoro. It claimed that the ship "should be the main U.S. participant" in the exercises.

On Sunday (April 11), the think tank claimed that four P-8A Poseidon surveillance aircraft and one EP-3E Aries II electronic warfare and reconnaissance aircraft had been spotted flying over the South China sea from "midnight to afternoon" that day. Also on Sunday, the U.S. Navy released a photo showing the commander of the destroyer USS Mustin, Robert Briggs, casually sitting back with his feet propped up as he watched Chinese aircraft carrier the Liaoning from just a few thousand meters away.

#USSMakinIsland draws alongside the Philippines, which should be the main US participant in the Exercise #Balikatan, Apr 12.
Image credit to @lobsterlarryliu via @sentinel_hub pic.twitter.com/Goe6MPpmdR 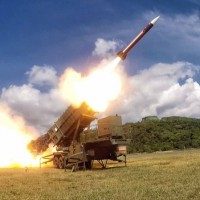 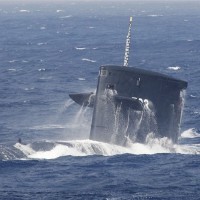