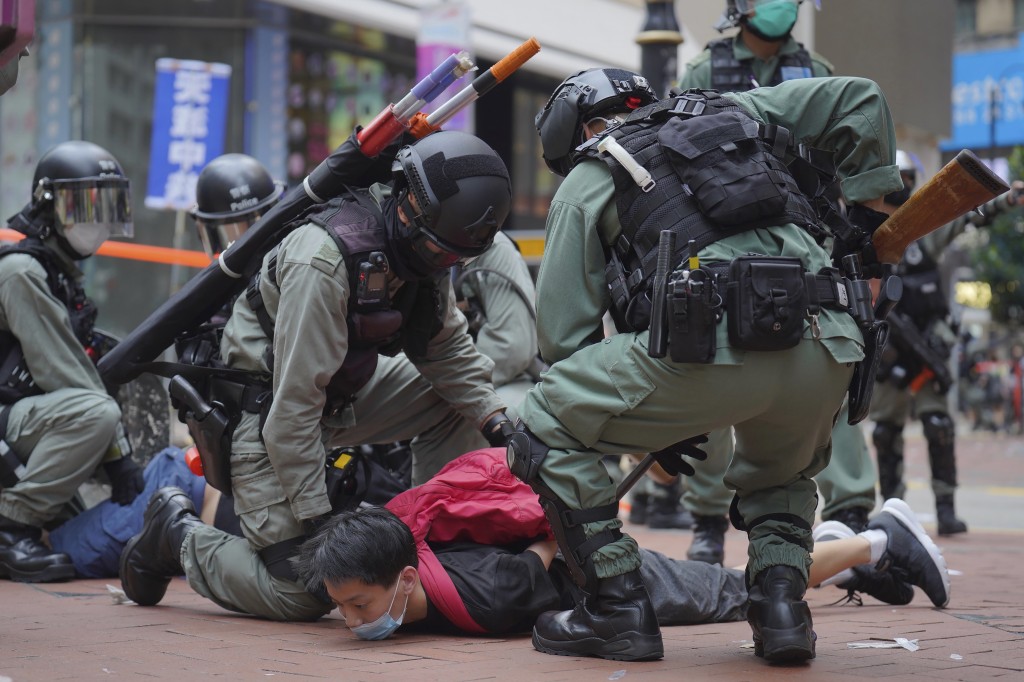 TAIPEI (Taiwan News) — In the largest use yet of the new national security law that has crippled civil liberties in Hong Kong, local authorities brought formal charges on Sunday (Feb. 28) against 47 out of the 55 pro-democracy activists arrested in sweeping dawn raids last month.

The 39 men and eight women, ranging in age from 23 to 64, were each charged with one count of "conspiracy to commit subversion,” based on a statement from the Hong Kong Police Department. It is expected most will be denied bail.

Violators of the national security law, which criminalizes nearly all forms of dissent in Hong Kong, can face up to life imprisonment.

The charges leveled Sunday were by far the largest number since the passage of the law in June. They are in connection with an unofficial primary held last July to select candidates to run for Hong Kong’s Legislative Council (LegCo). Over 600,000 people participated in the primary.

The organizers of the primary had aimed to win a majority for Hong Kong’s pro-democracy camp, but many candidates were later deemed ineligible by the authorities. Beijing viewed the primary, along with a related legislative strategy to push out Hong Kong Chief Executive Carrie Lam (林鄭月娥), as an illegal act of subversion.

In a move widely seen as a pretext to avoid expected losses for the pro-Beijing camp, Lam ultimately postponed the LegCo election in September over coronavirus concerns.

Many of those charged on Sunday rank among the most famous figures from the city’s pro-democracy movement. They are comprised of former lawmakers, lawyers, academics, and activists. Some were defiant on their way into the courthouse.

"Democracy is never a gift from heaven. It must be earned by many with strong will," said Jimmy Sham (岑子杰), an organizer from the 2019 protests, per France 24.

“We have long before decided that we would not bow to authoritarianism. I hope that everyone will carry this decision in the very difficult days ahead,” said Lester Shum (岑敖暉), a leader from the 2014 Umbrella Movement, per the New York Times.

"I hope everyone won't give up on Hong Kong ... fight on," said politician and activist Sam Cheung (張可森), per the BBC.

Others known to have been charged on Sunday include former lawmakers James To (涂謹申), Claudia Mo (毛孟靜), and Leung Kwok-hung (梁國雄); legal scholar and activist Benny Tai (戴耀廷); as well as activist and former reporter Gwyneth Ho (何桂藍).

Since its passage last summer, around 100 people are believed to have been arrested under the national security law.