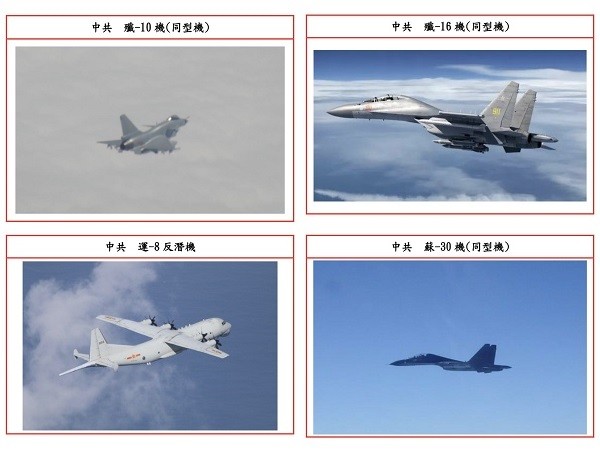 Each of the Y-8 planes intruded on separate occasions, while the pairs of Su-30, J-16, and J-10 fighter jets each flew together on separate missions, bringing the total number of PLAAF sorties in Taiwan's ADIZ on Monday to five. All of the intrusions took place in the southwest corner of Taiwan's ADIZ, an area of sea that is near Taiwan's Dongsha Islands (東沙群島, Pratas Islands).

According to the MND, the incident on Monday marked the 32nd time PLAAF jets have violated Taiwan's ADIZ since Sept. 16.