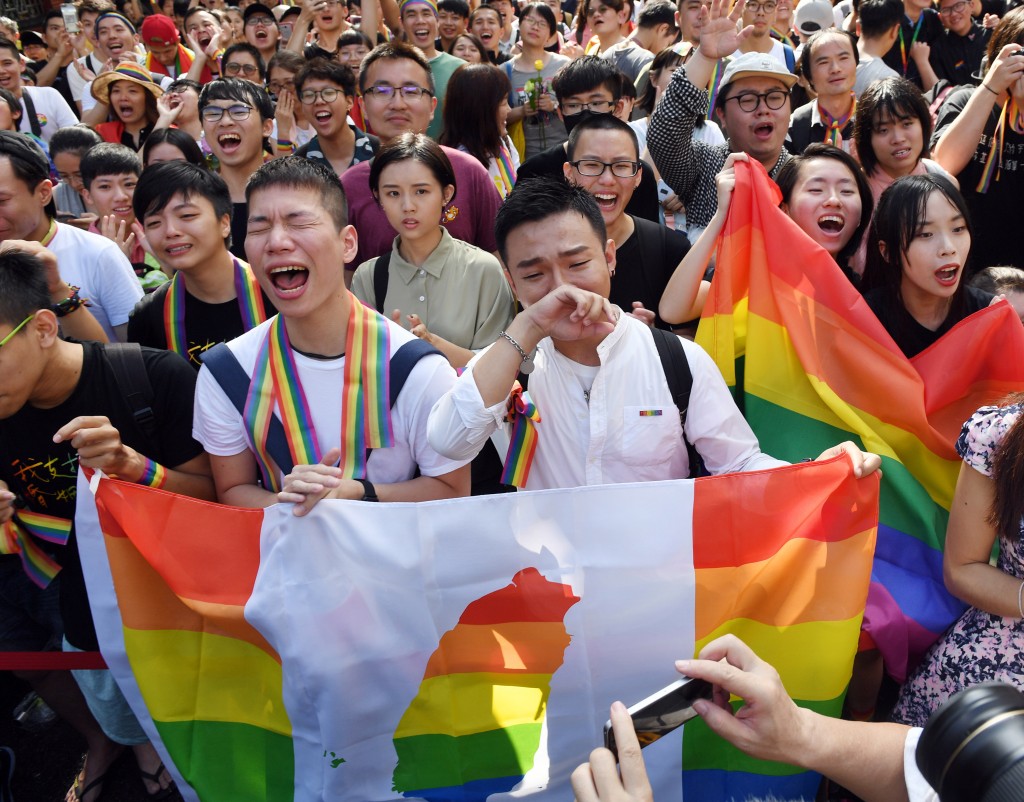 TAIPEI (Taiwan News) — Saturday (May 17) marked the first anniversary of the legalization of same-sex marriage in Taiwan, and President Tsai Ing-wen (蔡英文) took to social media to call for a more diverse and liberal-minded society.

Taiwan became the first country in Asia to legalize gay marriage after the legislature passed a bill exactly a year ago. “One year has passed, and values that people want to protect still stand,” said Tsai, adding, “At the same time, we have allowed more people to have happiness.”

There remain a lot of government measures that need to be adjusted following the passage of the legislation on same-sex marriage, acknowledged Tsai. She added the Presidential Office is making small changes in the hope of fostering a more progressive society that embraces diversity and openness.

Tsai was referring to a modification on the Presidential Office’s website, where newlyweds can apply for an automated congratulation letter from the president and vice president, without having to choose from gender-specific titles, such as Mr. and Mrs., to refer to themselves.

As many as 92.8 percent of Taiwanese believe the legalization of same-sex marriage has had no impact on their personal lives, according to a survey released on Friday (May 15). A majority also agree the legislation has not impacted society either, for better or worse.

Ciwang Teyra, a sociology professor at National Taiwan University, stated that nearly 30 percent of the interviewees believe the legislation has had a negative impact on society, which shows that a lack of understanding of the gay community may still result in some anxiety for a minority of people. It also reflects the continuing stigmatization of homosexuals and existence of gender stereotypes in society, even though the lives of most people have not been changed at all by the legislation, she added.

In addition, the survey shows that less than half of the interviewees can easily accept their children being gay, while 47.3 percent would not accept this.

Young people tend to be more friendly toward the gay community than other age groups, which Ciwang Teyra attributed to the results of decades-long education on gender equality. She also stressed the importance of constantly promoting gender issues and expanding civic participation in relevant activities.

Jennifer Lu (呂欣潔), head of the gender equality group that commissioned the survey, noted that a majority of Taiwanese back cross-national same-sex marriage and the adoption of children by gay couples. According to the Taiwanese same-sex marriage legislation, formally called the Act for Implementation of J.Y. Interpretation No. 748, a Taiwanese can marry a foreigner of the same sex only if the foreigner comes from a country which has also legalized gay marriage.

However, only 42.1 percent of the interviewees support gay couples having children through assisted reproduction methods. Lu said that dialogue is needed to increase societal consensus on the issue.