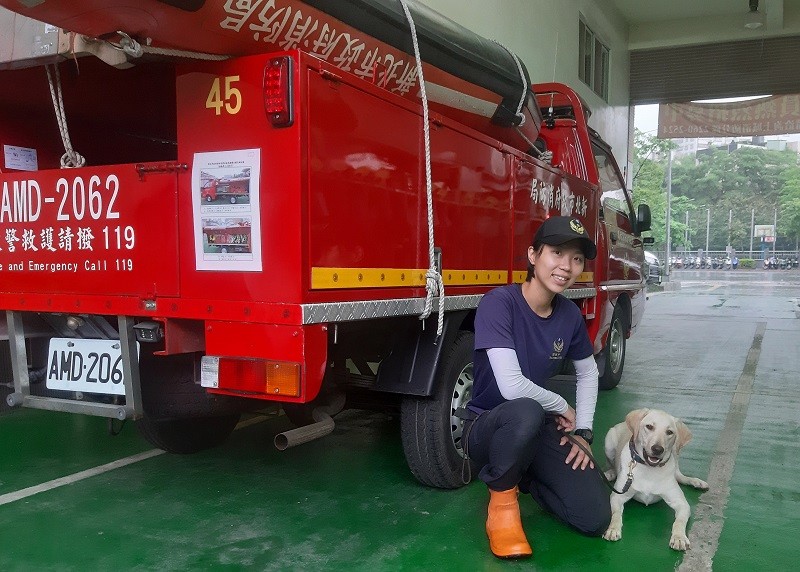 30-year-old Lai has been a dog lover since she was a small child, and her family has raised different kinds of dogs, including the Shiba Inu, Labrador, Beagle, and Mix, CNA reported. Even though she studied applied Japanese in university, she went straight into the profession of “mixing with dogs” after graduation.

When she was first trying to land a job, she searched online and found that a private police dog school was recruiting trainers, the news outlet reported.

Thinking it was a good opportunity to combine what she loved with work, she sent her resume to the school, and surprisingly got the job. She worked at the school as an assistant dog trainer for two years, according to CNA.

When she worked at the police dog school, she had to deal with a large number of wolfhounds, Lai said. Sometimes, she had to take care of dogs with deviant behavior, and correct their behavior by analyzing their temper and individual characteristics.

She added, her job at the dog school was complex, which laid the groundwork for her dog training professionalism.

That experience made her become interested in the job of being a canine handler. Lai began to prepare for the special examination for firefighters, and she passed the examination after two years' preparation. She became a fire fighter at New Taipei Fire Department's Xizhi branch in 2017, and was afterwards transferred to her current position as a canine handler in September last year, according to the news outlet.

She is now working with an 11-month-old Labrador. She is also being trained to get a basic certificate for search and rescue dog for pile and rubble by the International Search and Rescue Dog Organisation (IRO) next year, so she can help more people in the future, the report said.