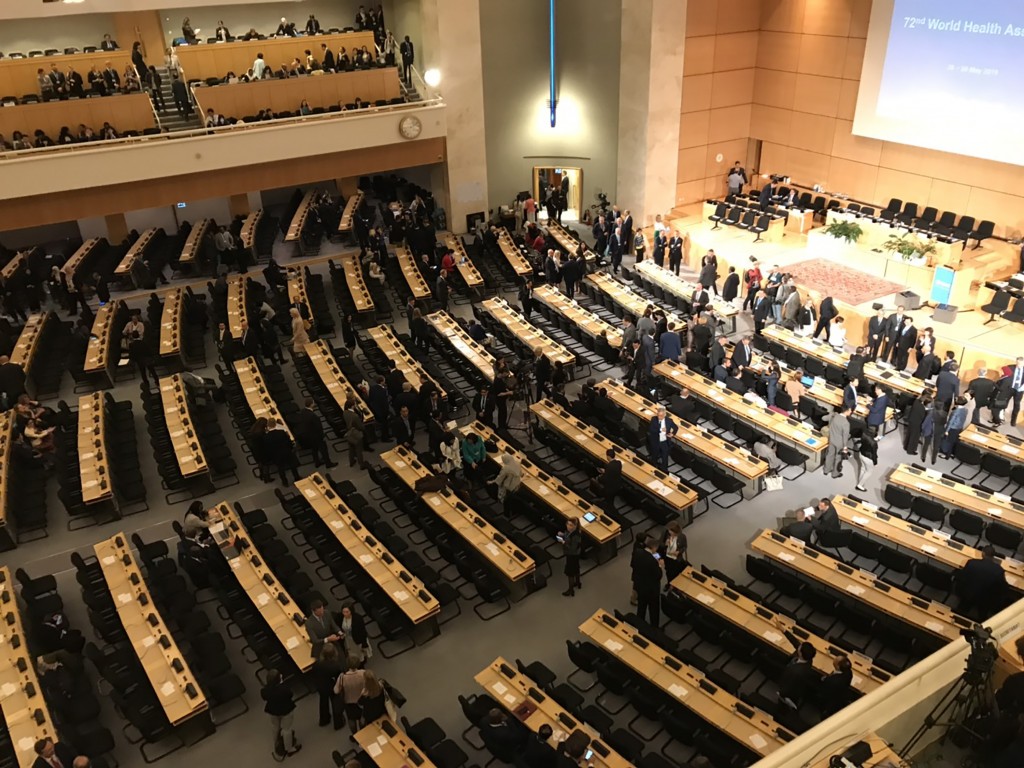 TAIPEI (Taiwan News) — Although 14 of Taiwan’s diplomatic allies had made a proposal supporting the island nation’s participation in the World Health Organization’s (WHO) annual health conferences, the proposal did not make it onto the agenda of this year’s World Health Assembly (WHA), which opened on Monday (May 20) in Geneva, Switzerland.

The WHA General Committee on Monday decided to leave out the proposal, “Inviting Taiwan to participate in the World Health Assembly (WHA) as an observer,” from the agenda after two-on-two debates, said Andrew Lee (李憲章), spokesperson for the Ministry of Foreign Affairs (MOFA), on Tuesday (May 21).

The proposal was individually submitted to WHO Secretary-General Tedros Adhanom by most of the nations that formally recognize Taiwan, according to a MOFA statement. The exceptions were Nicaragua, Guatemala, and the Vatican.

In a separate statement, MOFA expressed gratitude to representatives of eSwatini, Honduras, the Marshall Islands, and St. Vincent and the Grenadines, for speaking up against representatives from China and its allies, Cuba and Pakistan, during the debates.

On the first day of WHA’s week-long series of conferences and events, representatives from a number of countries either directly voiced their support for Taiwan’s participation, or implicitly suggested the WHO should not leave out any parties, reported Central News Agency.

“We regret that, once again, Taiwan was not invited to observe at this assembly, as they were from 2009 to 2016,” said U.S. Secretary of Health and Human Services Alex Azar, who leads the U.S. delegation to the WHA. “The 23 million people in Taiwan deserve a voice just as much as anyone else does.”

As Beijing continues to ramp up pressure on international organizations to block Taiwan’s participation, the island nation has not been invited to observe the WHA for three consecutive years.

Even so, a Taiwan delegation, led by Minister of Health and Welfare Chen Shih-chung (陳時中), is visiting Geneva to hold promotional events and bilateral meetings. The aim is to generate more support for Taiwan and showcase the country’s experience in areas such as national health insurance and disease prevention.

Lee, citing Chen’s statement, said “Taiwan” has become one of the most popular words mentioned at WHA’s opening day.