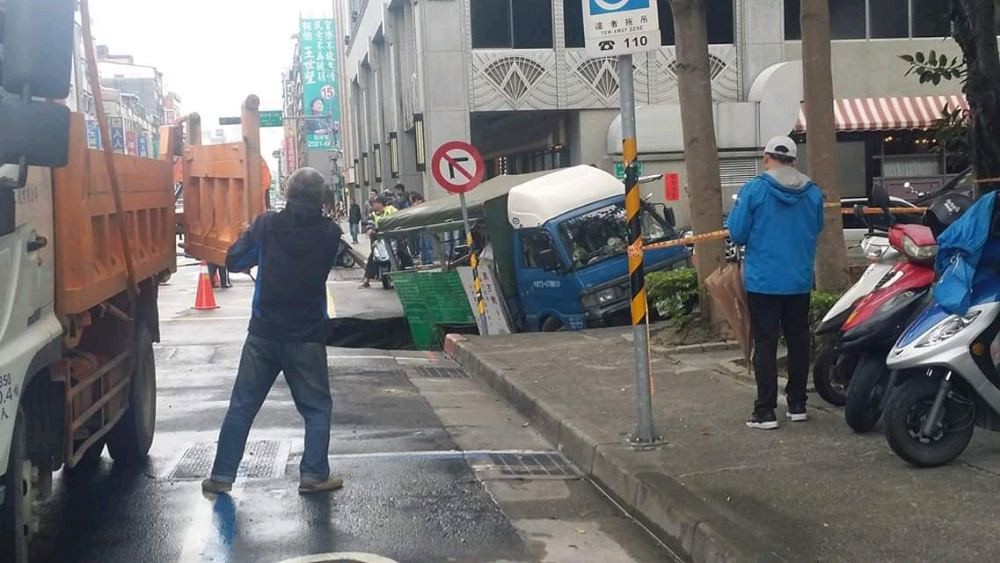 The hole has actually enlarged and workers were seen ripping up more pavement as the damage below ground appears to be much more extensive than previously expected. Video of work underway on the sinkhole on Thursday night (Nov. 29).

TAIPEI (Taiwan News) -- A sinkhole suddenly opened up and swallowed a blue construction crew truck as it turned the corner in front of a park in central Taipei's Zhongshan District yesterday afternoon (Nov. 28).

At 3 p.m. yesterday afternoon, as a blue truck driven by a construction engineer started to make a turn at the corner of Xinshou Park across from No. 303 Jilin Road, and behind the Landis Hotel, in the heart of Taipei City, it suddenly started to sink into a hole that rapidly opened. As the truck started to sink deeper and deeper, the driver leaped out, fearing for his safety, according to Apple Daily. A local borough chief spotted the truck stuck in the hole and alerted the Taipei Water Department to dispatch a crew to repair the damage. Workers quickly placed a sign warning people to keep a safe distance, and a crane was sent to pluck the truck from the hole. Police began directing traffic around the damaged area. Once the upper level of pavement was removed, workers discovered that the hole was large enough to consume the small truck.

An underground pipeline project had been underway at the time of the accident, and the Taipei Water Department told Apple Daily that the sinkhole had been caused by a leak in a water pipeline. The collapse occurred under a corner where the sidewalk and street met. Closeup of hole before asphalt was removed. (Photo from Breaking News Commune)

After a construction contractor brought in a crane to remove the truck from the hole, Taipei Water Department crews worked quickly through the night to clear debris and refill the hole, which by the next morning had been completely patched over with fresh asphalt.

No injuries have been reported from the incident. The hole as viewed from the back of the Landis Hotel. (Photo by James Lick) Same view after backhoe had been deployed to start digging. (Taiwan News photo) More footage of repairs being made on the hole: 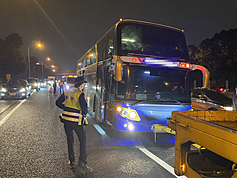 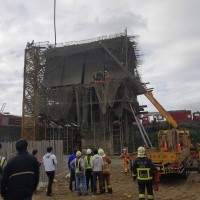