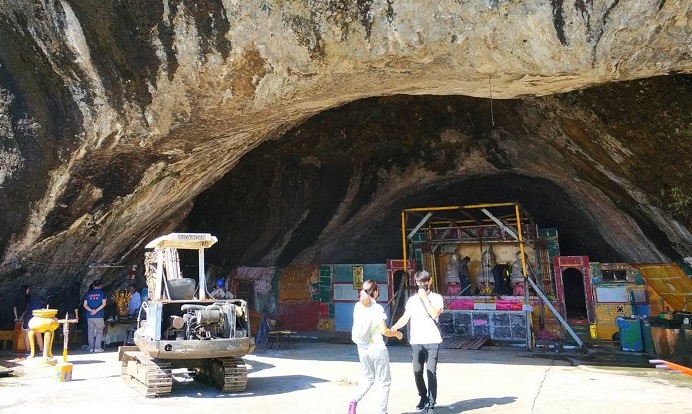 TAIPEI (Taiwan News)—The government of Taiwan’s eastern county of Taitung took back the last occupied cave of Baxian (Eight Deities) Cave, which is the country’s oldest prehistoric site, on Wednesday after more than 10 years of legal battles.

The national archaeological site is located on the coastal cliffs in Changbin Township on the northern border of Taitung County. It is the site of the earliest culture in Taiwan, called the “Changbin Culture,” which traces its roots back to 30,000 years ago. A large collection of Paleolithic artifacts have been unearthed here.

There are dozens of caves at the Baxian Cave site, which were in the sea long time ago but are now located a very short distance from the sea due to the rise of the Earth's crust on the east coast of Taiwan. However, the caves had been occupied and utilized as temples or niches for placing urns containing cremation ashes. After the Cultural Heritage Preservation Act was promulgated, Taitung County Government, East Coast National Scenic Area, and Changbin Township Office have jointly waged legal battles to reclaim the caves since more than 10 years ago.

On Wednesday the county government finally took back Chaoyin Cave, which was the last cave occupied by a temple, and completed the reclamation of all the 30 caves on the site.

Taitung Department of Cultural Affairs Director Liu Chun-yi (劉俊毅), who was directing the reclamation project on the site, said god statues and all the other objects on the ground would be removed first, and the cement and tiles on the floor will be slowly removed by experts to avoid damaging the underground cultural layer.

Archaeologist Tsang Cheng-hwa (臧振華) and his National Tsing-Hua University team have been excavating the Baxian Cave archaeological site. He said it is significant to reclaim Chaoyin Cave because about 2,000 items of the more than 3,000 artifacts unearthed from the site years ago by professor Sung Wen-hsun (宋文薰), another renowned archaeologist, were discovered in the cave. In addition, the Chaoyin Cave discoveries date back to the pre-ceramic culture about 5,000 to 6,000 years ago that served as a bridge connecting the Old Stone Age and New Stone Age.

Liu said that a comprehensive plan will be made in the future to preserve the site as an archaeological park. Chaoyin Cave just before the removal of the temple. 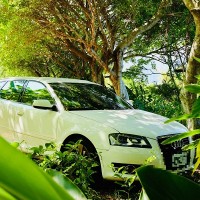 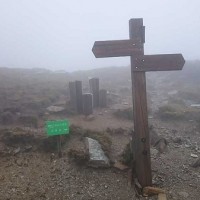