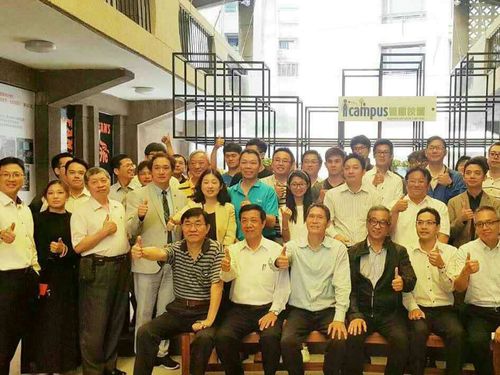 Eyeing China's fast-growing drone industry, Feng Po (馮渤), a Taiwanese industry leader, is seeking opportunities for business cooperation between the two sides of the Taiwan Strait with the aim of helping Taiwanese companies to develop and promote their own unmanned aerial vehicle (UAV) businesses.

Currently, about 30 percent of spare parts and components used by a Chinese drone maker -- Shenzhen-based Da-Jiang Innovations (DJI) Technology Co., which accounts for 52 percent of the global consumer drone market -- are sourced from Taiwan, according to Feng, who founded Taiwan UAS Development Association (TWUAS) in May last year and is now its president.

Feng, an operator in the Internet app and mobile phone industries who moved to China in 2000 and has lived in Beijing for 15 years, said he has been exploring opportunities in China for Taiwanese businesses and is familiar with the businesses and industries across the strait.

China's booming drone industry would be certainly beneficial for Taiwan, Feng told CNA, adding that he has set up a base in Xiamen for young people on both sides of the strait to start up drone businesses and has forged a partnership with Shenzhen's drone industry association, with the aim of winning contracts from local governments of third-tier Chinese cities to help them inspect air pollution and power pylons using drones.

The aim of TWUAS is to promote Taiwan's drone industry and lead domestic companies to venture into the Chinese market, Feng said, adding that it will target the commercial drone market.

China's commercial drone market is set to take off in 2018, when drones will likely be increasingly used for commercial purposes such as pesticide and fertilizer spraying, product deliveries and resource exploitation, while the demand for professional drone pilots will soar, according to Feng.

Touching on China's rapidly developing drone industry, Feng said that Shenzhen has become the distribution hub for the drone industry around the globe, given that there are more than 1,000 drone companies in the city. Drones are already being used in some public works departments, he added.

While Taiwan's advantage lies in its information technology, Taiwanese companies supply 30 percent of spare parts and components for DJI's drone manufacturing, Feng indicated, adding that this shows Taiwanese companies could be suppliers of both hardware and software solutions.

To push ahead Taiwan's drone industry, TWUAS has planned a slew of pilot training sessions and flying contests for university students, Feng said.

For instance, a workshop on demand of the drone industry, the first of its kind, was held on May 26, while a training camp for drone venturists will be held biweekly from June through August, according to Feng.