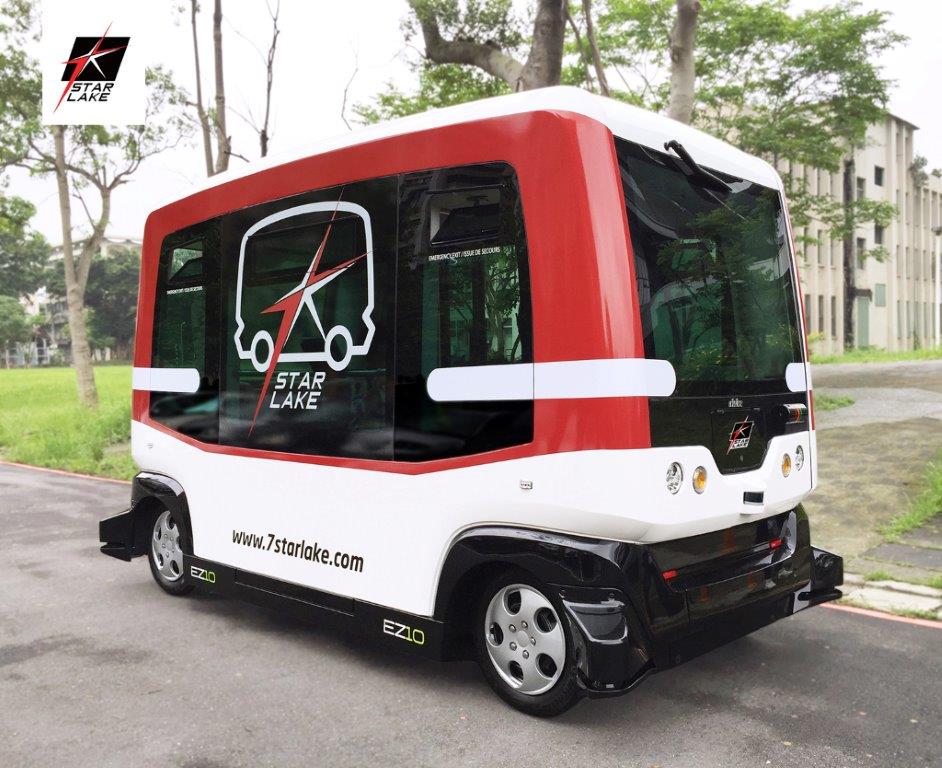 Through the establishment of “A.I. driverless vehicle R&D team”, NTU & 7Starlake are going to build up testing area and combine the R&D and system integration of optical-mechanical-electrical core technology, in which professors of NTU College of Engineering and EECS (Electrical Engineering and Computer Science) devote themselves in; plus driverless A.I. Key Function Module; looking forward to take the preemptive opportunities of driverless technology for wide application in future global trend.

NTU President Pan-Chyr Yang mentioned in the press conference “ ‘A.I. driverless vehicle R&D team’ is cored on the cross-domain research team led by professors of NTU College of Engineering and EECS, working on the research and development of A.I. self-driving vehicle technology. Combining with local industries of automobile electronics, information communication technology, and research unit, we expect to create an A.I. self-driving technology which is suitable for different routes and traffic type in metropolitan and suburban in Taiwan.”

Chairman Tain-jy Chen of National Development Council and Political Deputy Minister Yo-Zing Hsu of Ministry of Science and Technology are also invited to the press conference, supporting and giving recognition to the Industry-University Cooperation in startup driverless technology with actual deeds. Responding to Chairman Chen, who is optimistic toward the future development of the autonomous vehicle in Taiwan’s complicated testing area, President Yang announced “ NTU is really glade to cooperate with 7Starlake for the research, building up testing areas for driverless vehicle in different campus. Initially, we will work on the research of self-driving vehicle A.I. technology and V2X technology base on EZ10, the autonomous shuttle imported by 7Starlake, and further cooperate with the central and local government and research unit (e.g. ITRI, ARTC). We look forward to assist the build-up of leading demo areas, and together overcome the regulation obstacle, CCSRF and operating mode.” Martin, 7Starlake’s GM, express his appreciation to all the support from central to local government in the importation of this very first driverless shuttle bus in Taiwan, and he’s glade that EZ10, a driverless shuttle that has run through eight hundred thousands miles and has tested in over seventeen countries without any accident, has been smoothly come to Taiwan thanks to all the help. He share his special experience that he learned as unmanned technology computer provider, he realized the important tendency of unmanned technology and inevitability throughout the world. “Taiwan possesses undoubtedly a high level vehicle supply chain.” Martin Ting said, ” With NTU’s research and development team in the field of unmanned vehicle, develop the latest A.I. technology, localization of A.I. vehicle technology, as well as smart city traffic infrastructure, Taiwan will definitely able to achieve unmanned vehicle technology, to upgrade vehicle industry development and to establish an advanced vehicle supply chain. The main purpose is to produce our own unmanned vehicle, and to export our solution to the world.”