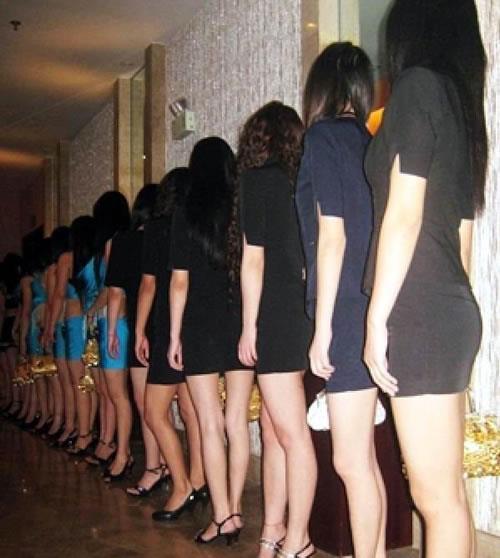 TAIPEI (Taiwan News) -- As the battle for the Kuomintang (KMT) chairmanship heats up, the China Times reported on Tuesday that a high level party official paid for over 600 hostesses from two major KTV clubs in Taichung to join the party as a means to possibly sway the results of the election.

The owner of the Golden Jaguar, Yuan Chang-ping (袁昶平) confirmed to the media that a high level KMT official asked him for help. However, he later issued a statement saying that he does not intervene or participate in political party elections, and hopes the outside world should not make such baseless assertions. While the High Pie Club said it was simply foolish rumors.

The China Times interviewed a hostesses named Mimi, who had been recruited by the KMT and has been working at Golden Jaguar for over 5 years: "I don't have a political stance, anyway, he's (KMT leader) a good friend of the boss, I get paid, whoever the boss listens to I listen to, that's pretty normal right? Furthermore, this isn't the first time."

Another club owner quipped that "KTV hostesses should not only be able to join the party to participate in political activities, but they can 'beautify' the KMT."

KMT Culture and Communications Committee deputy director Hu Wen-Chi (胡文琦) said "The KMT opens its doors to all people, even if new party members join through a new approach, as long as they adhere to the Three Principles, agree with the KMT's tenets, serve with enthusiasm, do not have a criminal background, pass the stringent screening system, and are shown to have high moral standards.

KMT Vice Chairman Hau Lung-bin (郝龍斌) criticized such mass membership applications from members of the underworld as hurting the party and called for the establishment of a vetting system for group applications to prevent ineligible people from joining. "If the head of the party wins the election by recruiting members but loses the hearts of the people, it's not worth it to the party. If you love the party, do not harm it," said Hau.