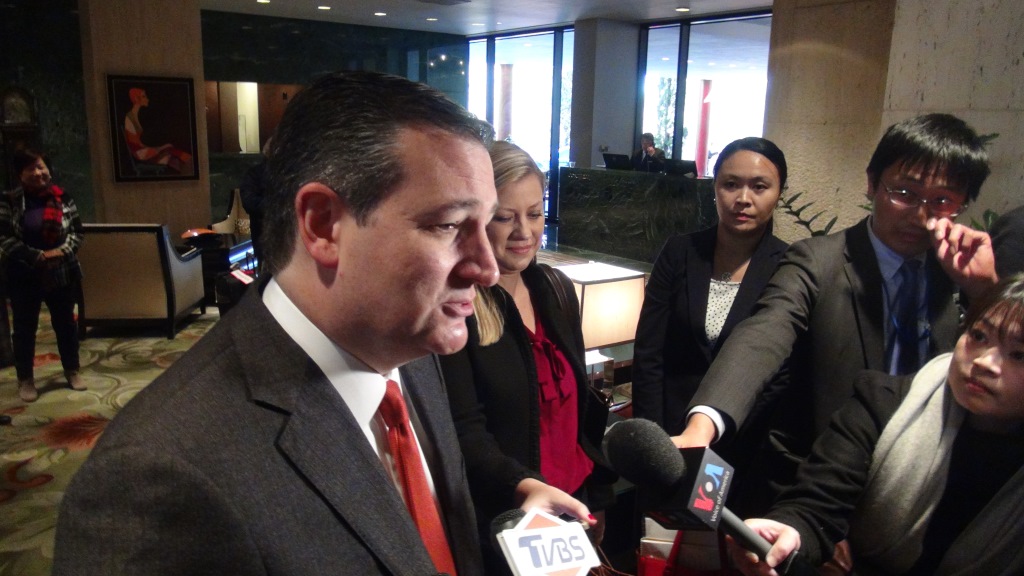 Taipei (Taiwan News) — Texas Senator Ted Cruz and governor Greg Abbot say they met with Taiwan president Tsai Ing-wen on Sunday as she was passing through Houston on her way to meet with diplomatic allies in Central America.

The Republican senator said in a news release that he was "honored" to meet with Tsai during Sunday's meeting in which they "discussed our mutual opportunity to upgrade the stature of our bilateral relations in a wide-ranging discussion that addressed arms sales, diplomatic exchanges, and economic relations."

On December 2, U.S. President-elect Donald Trump infuriated China by having a 10-minute phone conversation with Tsai, breaking with nearly 40 years of diplomatic precedent since the Carter administration.

"The People's Republic of China needs to understand that in America we make decisions about meeting with visitors for ourselves," Cruz said in the statement on Sunday.

"This is not about the PRC. This is about the U.S. relationship with Taiwan, an ally we are legally bound to defend. The Chinese do not give us veto power over those with whom they meet. We will continue to meet with anyone, including the Taiwanese, as we see fit," said Cruz.

In an attempt to allay fears by some in Taiwan that the country will be used as a bargaining chip, Cruz said "The US-Taiwan relationship is not on the negotiating table. It is bound in statute and founded on common interests. I look forward to working with President Tsai to strengthen our partnership."

After an interview with Fox News on Dec. 11, Trump said that the U.S. is not necessarily bound by the one-China policy, "unless we make a deal with China having to do with other things, including trade." This led to anxiety in Taipei and anger in Beijing that Taiwan would merely be used as a bargaining chip by Trump to gain some trade concessions from China.

Abbott says in a separate statement that they discussed energy, trade relations and commercial ties between Taiwan and Texas. In terms of trade relations, the governor said that the two focused on the exchange of natural gas and agricultural products, of which Taiwan is major consumer.

The governor inadvertently committed a cultural faux pas by presenting Tsai with a clock bearing the Texas State Seal. In Chinese culture the phrase "giving a clock" ( 送鐘) is a homophone with "attending a funeral," and therefore symbolizes an untimely demise for the recipient.