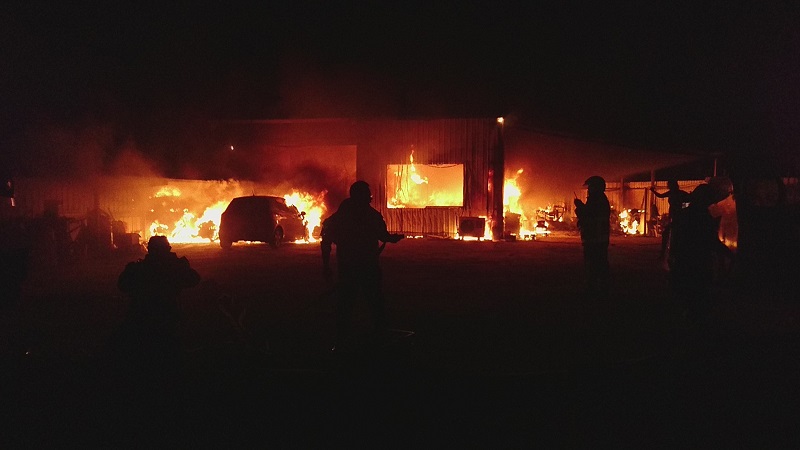 The Fire Bureau of Taichung City Government received a report at 2:57 a.m. on Tuesday morning that a metal-sheet house in Daya District was on fire. A total of 14 fire engines and 50 personnel responded to the blaze.

When the fire rescue team arrived, smoke and flames were bursting out the house, the bureau said. A person on the scene told rescuers that a woman reentered the burning house after fleeing to safety in an attempt to rescue her pets, but seemed to have been trapped inside the house.

The firefighters immediately set out to work and put out the fire at 3:33 a.m. However, rescuers found the body of the woman inside a bedroom of the house.

Chinese-language Chinatimes reported that the woman surnamed Tsai was 22 years old and her relatives told police that Tsai insisted on searching for her pet cats and was unwilling to leave.

Police said the cause of the fire was still under investigation.