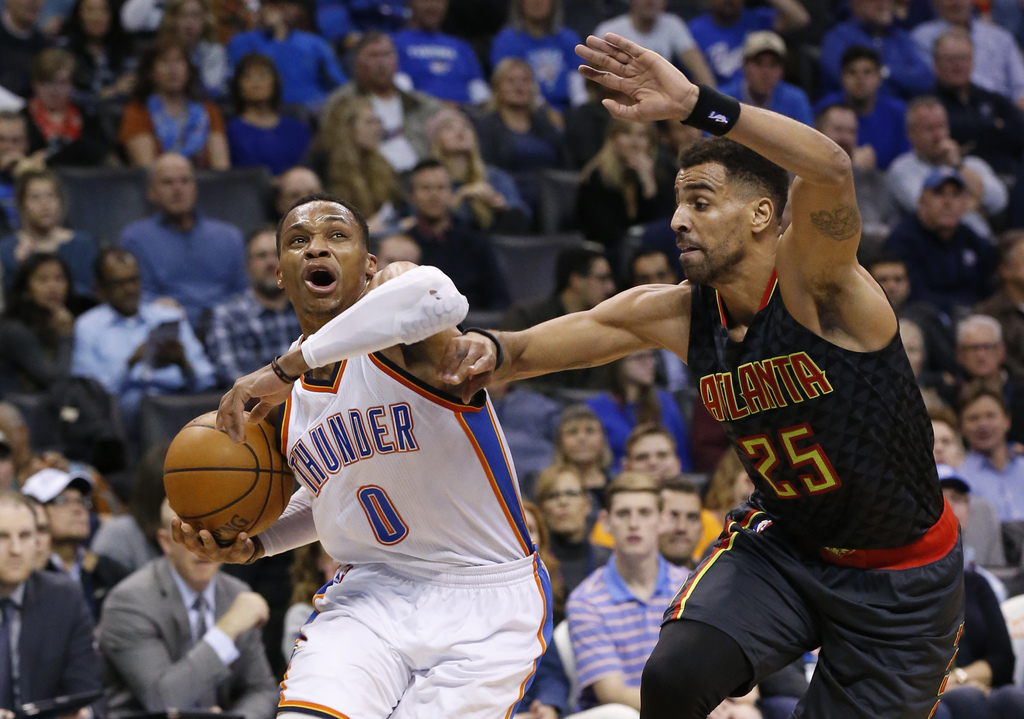 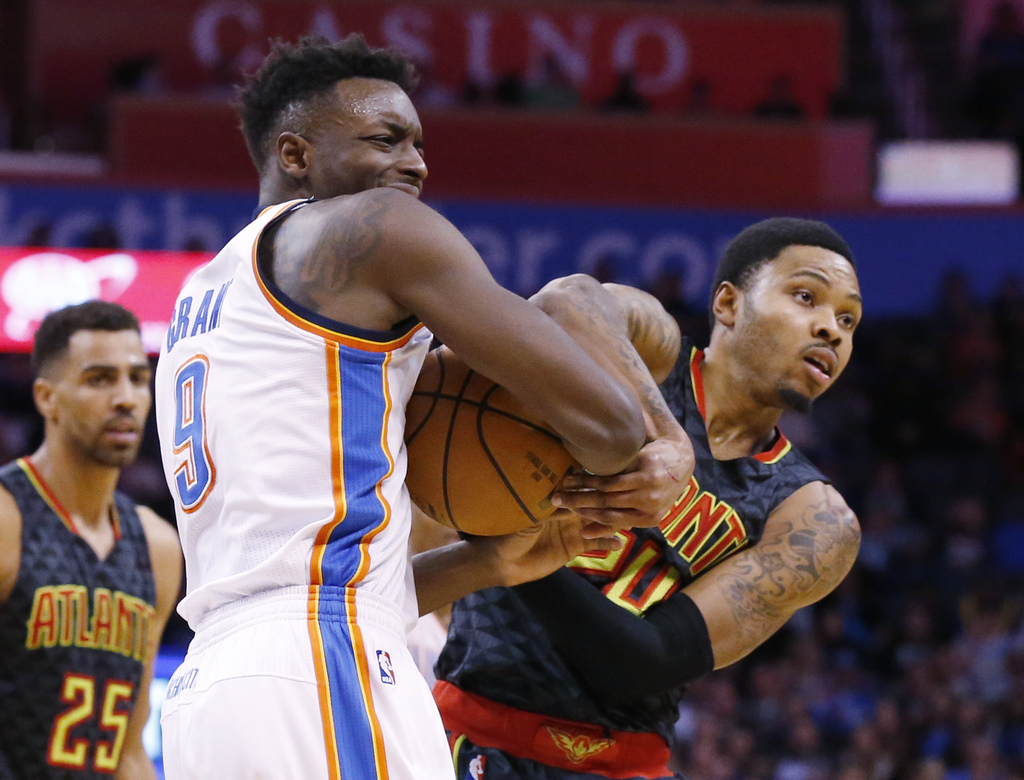 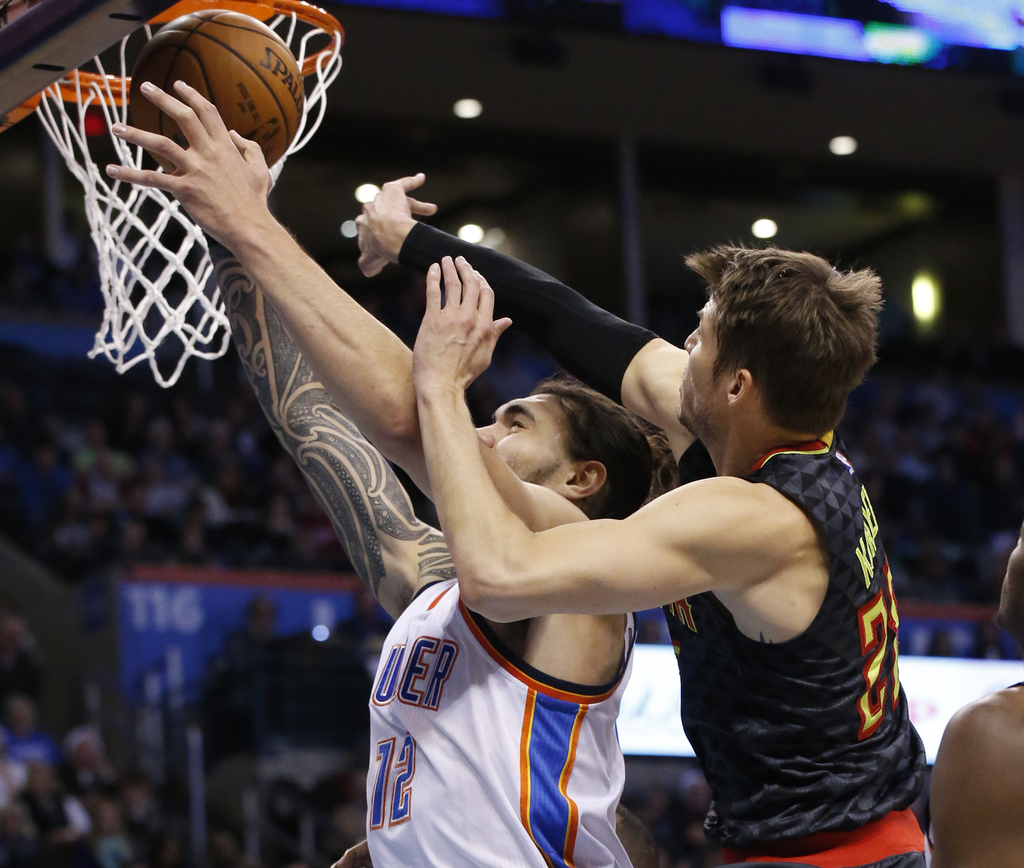 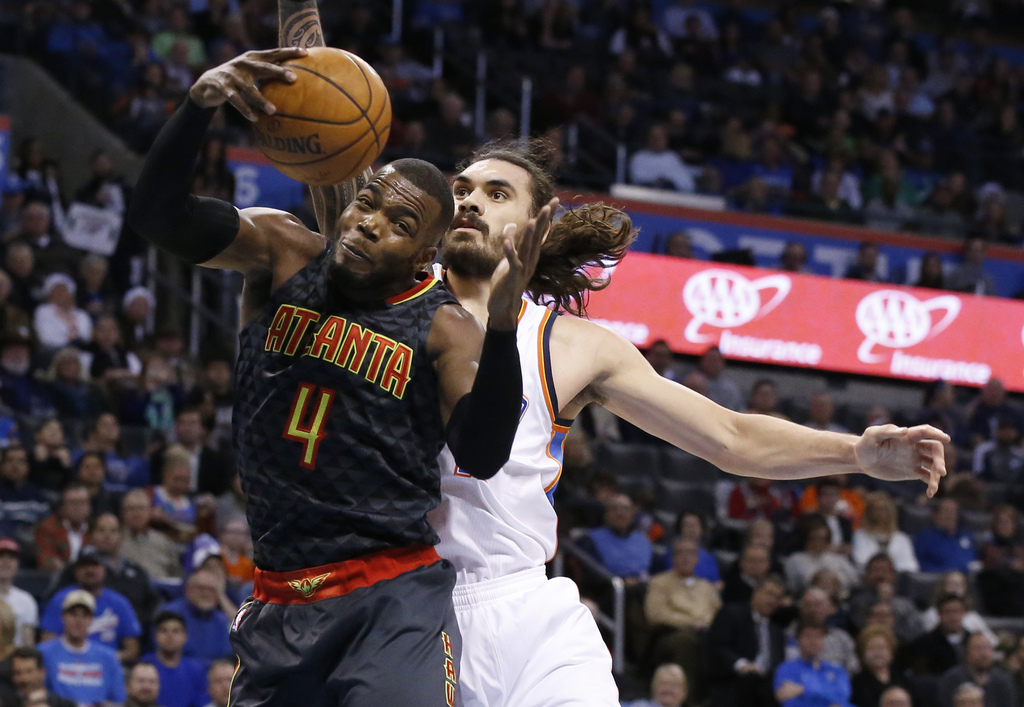 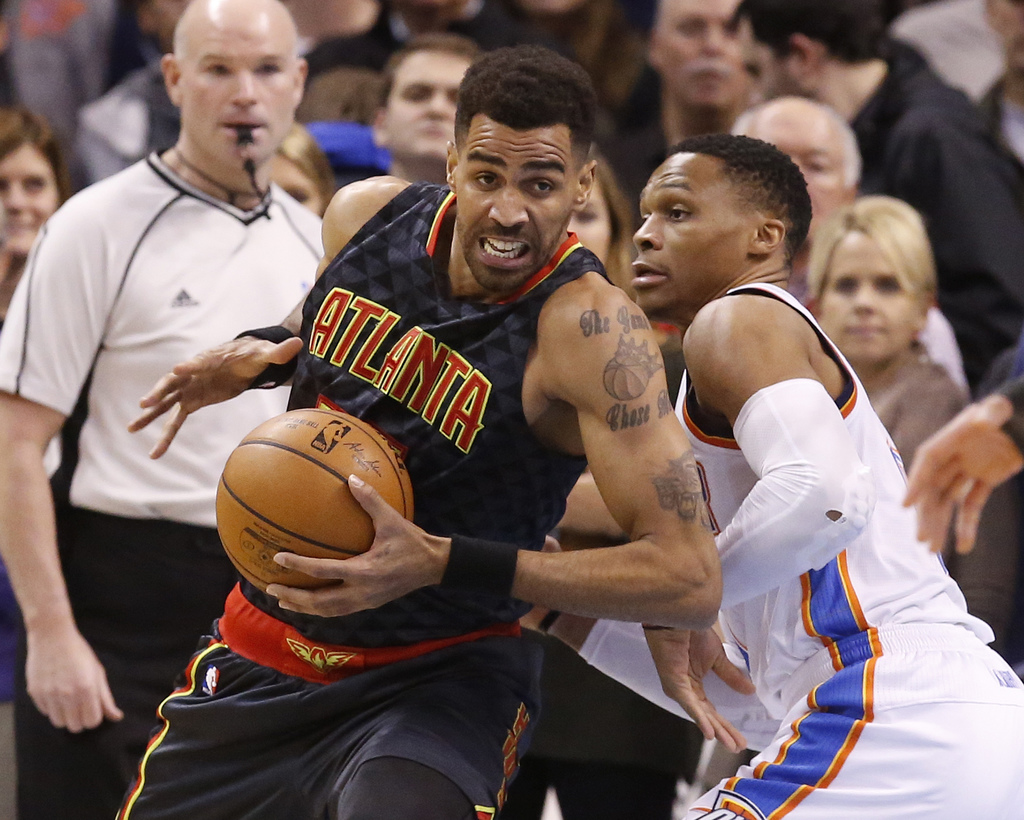 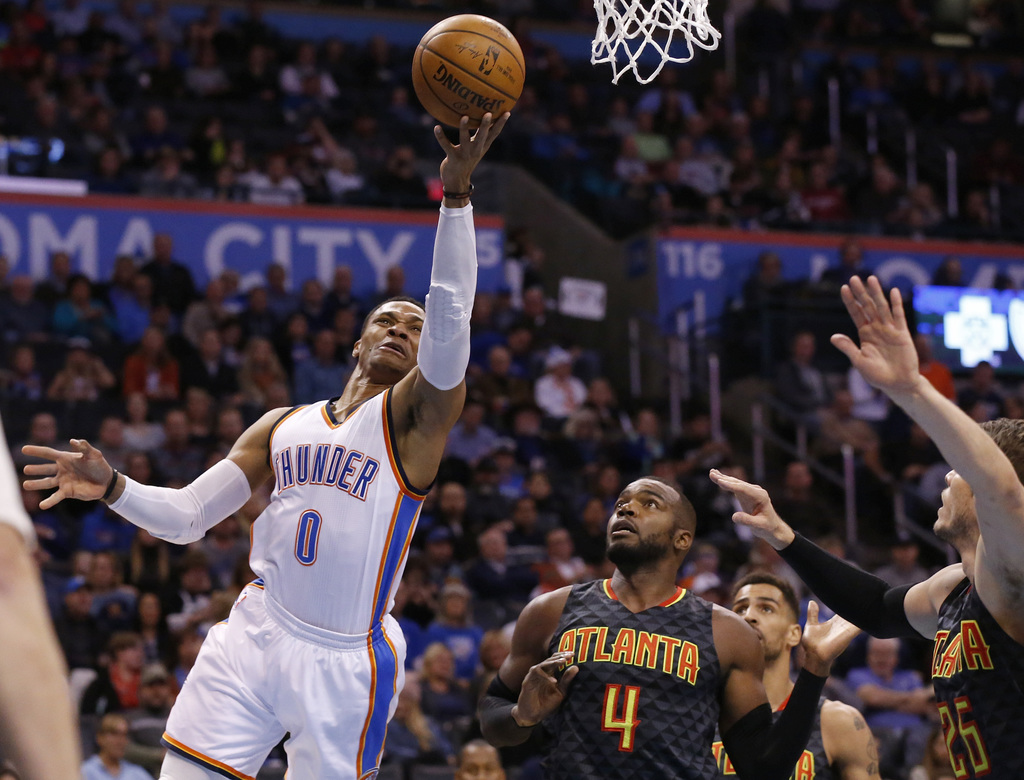 OKLAHOMA CITY (AP) — Paul Millsap took advantage of a chance to show off his rare versatility.

Atlanta's 6-foot-8 (2.03-meter) forward shifted to center because Dwight Howard was out and scored a season-high 30 points, including the go-ahead 10-footer with 12.7 seconds left. He helped the Hawks overcome Russell Westbrook's 46 points and beat the Oklahoma City Thunder 110-108 on Monday night.

After Millsap's late shot, Thunder center Steven Adams rebounded a missed 3-pointer by Westbrook and dunked it, but a review determined that the basket came just after time expired.

Westbrook entered the game as the NBA's leading scorer with more than 30 points per game.

"If he gets his points — he's going to get that regardless," Millsap said. "The game plan was try to take everybody else out of it."

Westbrook, who made 16 of 33 shots and had 11 rebounds and seven assists, was unimpressed with his effort.

"No, we don't have any moral victories around here, buddy," he said.

Dennis Schroder scored 31 points and made 10 of 16 shots for the Hawks, who have won four of six after a six-game losing streak.

"Pretty special effort by the guys tonight, to come in here down Dwight, without him, and to find a way to compete against a great rebounding team and an individual player that's playing just lights-out basketball," Atlanta coach Mike Budenholzer said. "I was very proud of our players."

The Hawks closed the third quarter well to take an 81-78 lead into the fourth, then Atlanta held on.

"They made some tough plays toward the end of the game," Thunder guard Semaj Christon said. "We can do better on defense keeping the guys in front of us without fouling."