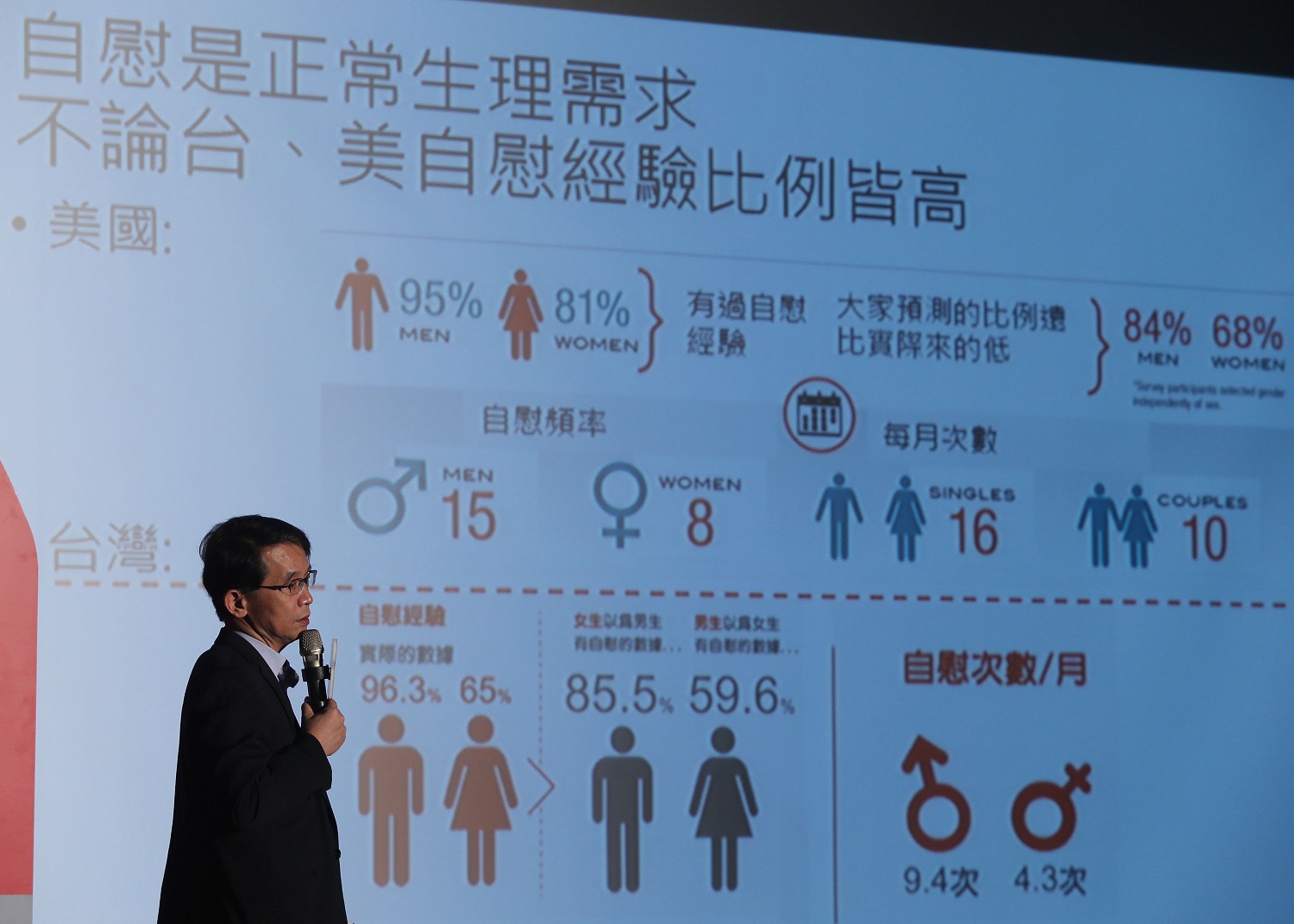 Chen Yu (陳煜), director of the Linkou Chang Gung Memorial Hospital's Division of Andrology and Female Urology, announced on Tuesday that the survey revealed that the percentage of married persons who regularly masturbated was 84%, even higher than the 76% rate among singles. The study found that the longer respondents had been associated with a single sexual partner or the longer the marriage, the higher the percentage of those reporting regular self-stimulation. According to Yang Tsung-tsair (楊聰財), a clinical psychiatrist and chairman of Taiwan Association for Sexuality Education: