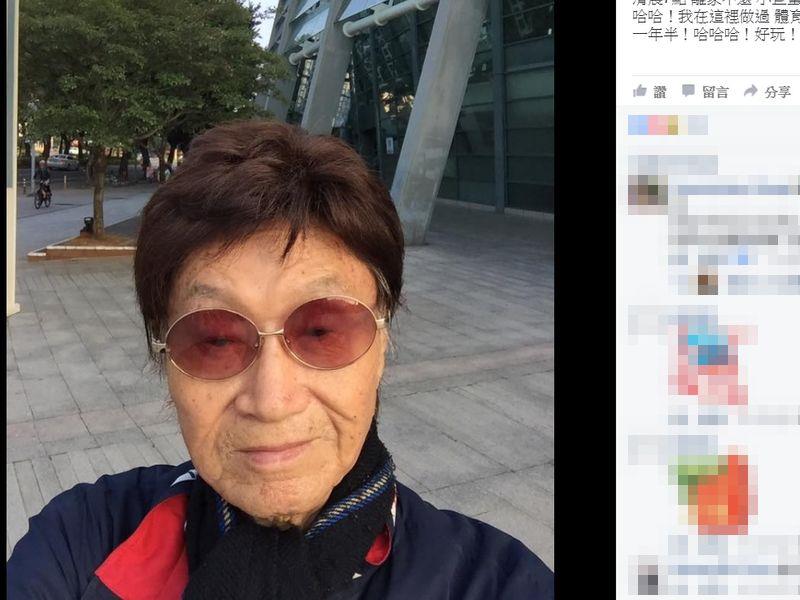 A former popular Taiwanese sportscaster said on Wednesday that he had written a letter to President Tsai Ing-wen to plead with her to use her influence to pass a mercy killing law, offering himself to become the first case of euthanasia in Taiwan if it becomes legal.

Fu Ta-jen, 84, said on Thursday that many advanced countries have passed “mercy killing law,” adding, “We, as a democratic country, shouldn’t just talk about gays and get deadlocked in political infighting.”

In his letter to the president, Fu said he was pleading on behalf of all Taiwanese people and hopes that Taiwan can “follow the example of some advanced countries in Europe and America to pass a mercy killing law.” In the letter, Fu also said that he was a member of a national basketball team that won a silver medal in Asian Games for Taiwan and that he had broadcast thousands of sporting events over the years.

Now that he is old and sick he hopes the president can allow him to become the first case of mercy killing in the country if it becomes law, Fu continued to say in the letter.

Fu has been suffering from illness and recently had surgery to remove his gall bladder. In addition, due to stomach problems, half of Fu’s stomach was also removed long ago, which caused damage to his digestive function. Now Fu has lost 8 kilograms of body weight, and his old colleagues were surprised to see a scraggy Fu at a gathering last month. Fu said that he found many people over 75 years old in Taiwan are quite sick and many of them are vegetables, which prompted him to write the letter.

On Thursday, Fu said he had seen many patients in hospitals suffer, and their families suffer, too.

Even though he recommended Taiwan to pass a mercy killing law, Fu said there should be illness and age limitations as prerequisites for allowing euthanasia.