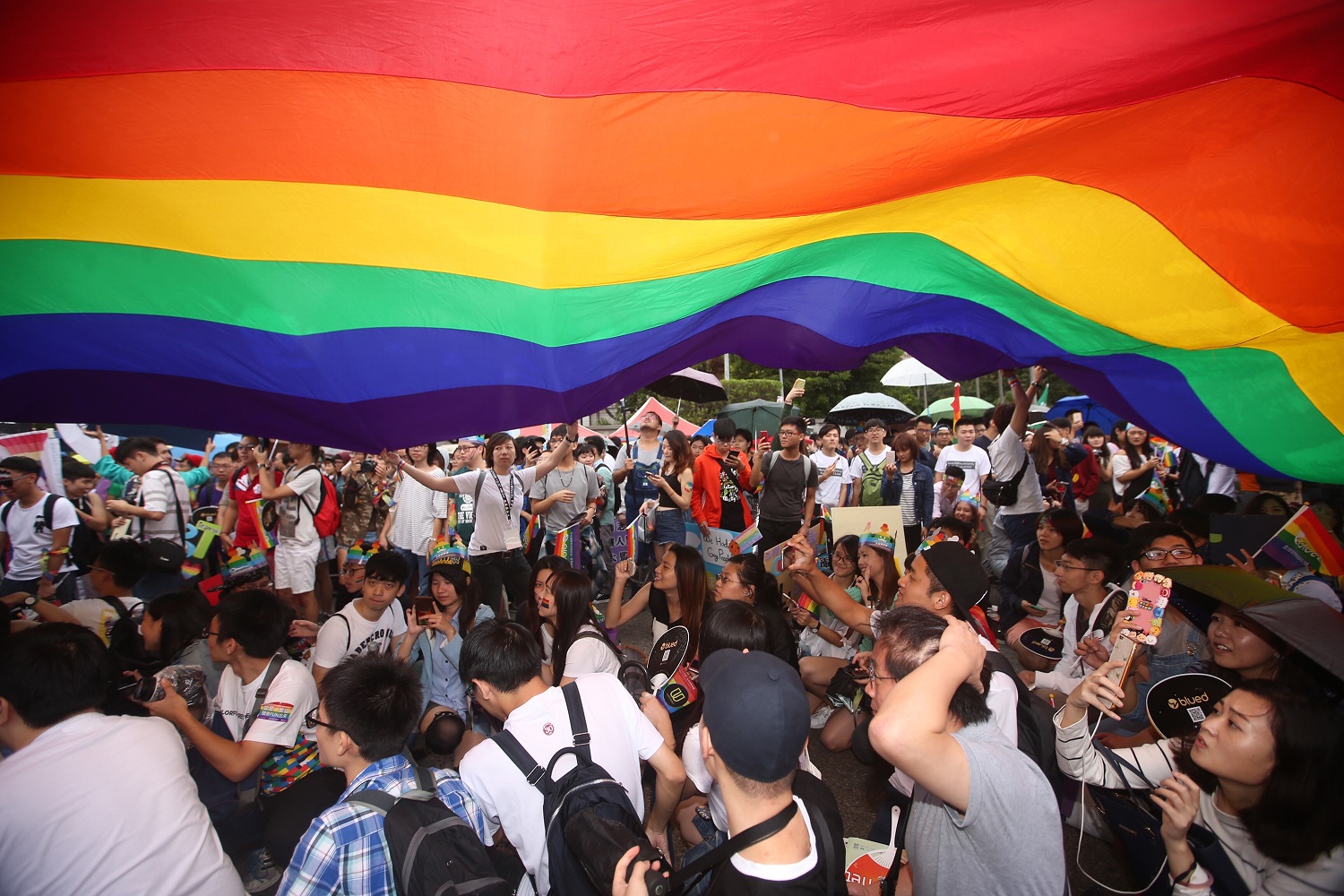 On Saturday, over 80,000 people took to the streets of Taipei to join in on the annual gay pride parade, the biggest LGBT event in Taiwan, and the second largest in Asia, and called on legislators to pass a proposed amendment to the Civil Code to legalize same-sex marriage.

Chen Mei-ling in response said on Monday that Premier Lin Chuan has urged the Ministry of Justice to take action on the issue, and has also expressed support for the draft amendment that seeks to institutionalize same-sex marriage.

This is the first time the government's executive branch voiced their formal stance on the issue, after Democratic Progressive Party (DPP) legislator Yu Mei-nu proposed the bill to legalize same-sex marriage on October 25.

There have been some delays and changes regarding the proposal of the same-sex civil partnership law on the Justice Ministry's part, Chen added, but it is expected that the ministry will expedite action on the matter as the Executive Yuan's Gender Equality Committee has made clear of their position on the subject.

The Executive Yuan supports equal marriage, and has called on the Justice Ministry to convene a special session soon to take action on the proposed amendment, she said.